Come rain or shine, activists fight back at the High-level Meeting on Ending AIDS

It’s been a challenging but inspiring week in New York at the United Nations High-Level Meeting on Ending AIDS, where world leaders and diplomats gathered to approve a Political Declaration that will guide the global response to the HIV epidemic for the next five years.

We challenged bigotry and indifference towards gay and other men who have sex with men, people who use drugs, sex workers, transgender people, at the highest level of governance through strategic advocacy and powerful protest targeting UN member states.

We were privileged to carry out this work shoulder-to-shoulder with activist partners from ACT UP New York,  AVAC, Caribbean Vulnerable Communities, Coalition Plus, The Global Forum on MSM & HIV, ICASO, the International Treatment Preparedness Coalition, the International Women’s Health Coalition, STOPAIDS UK, Youth Voices Count, and dozens of other networks and organizations from around the world. 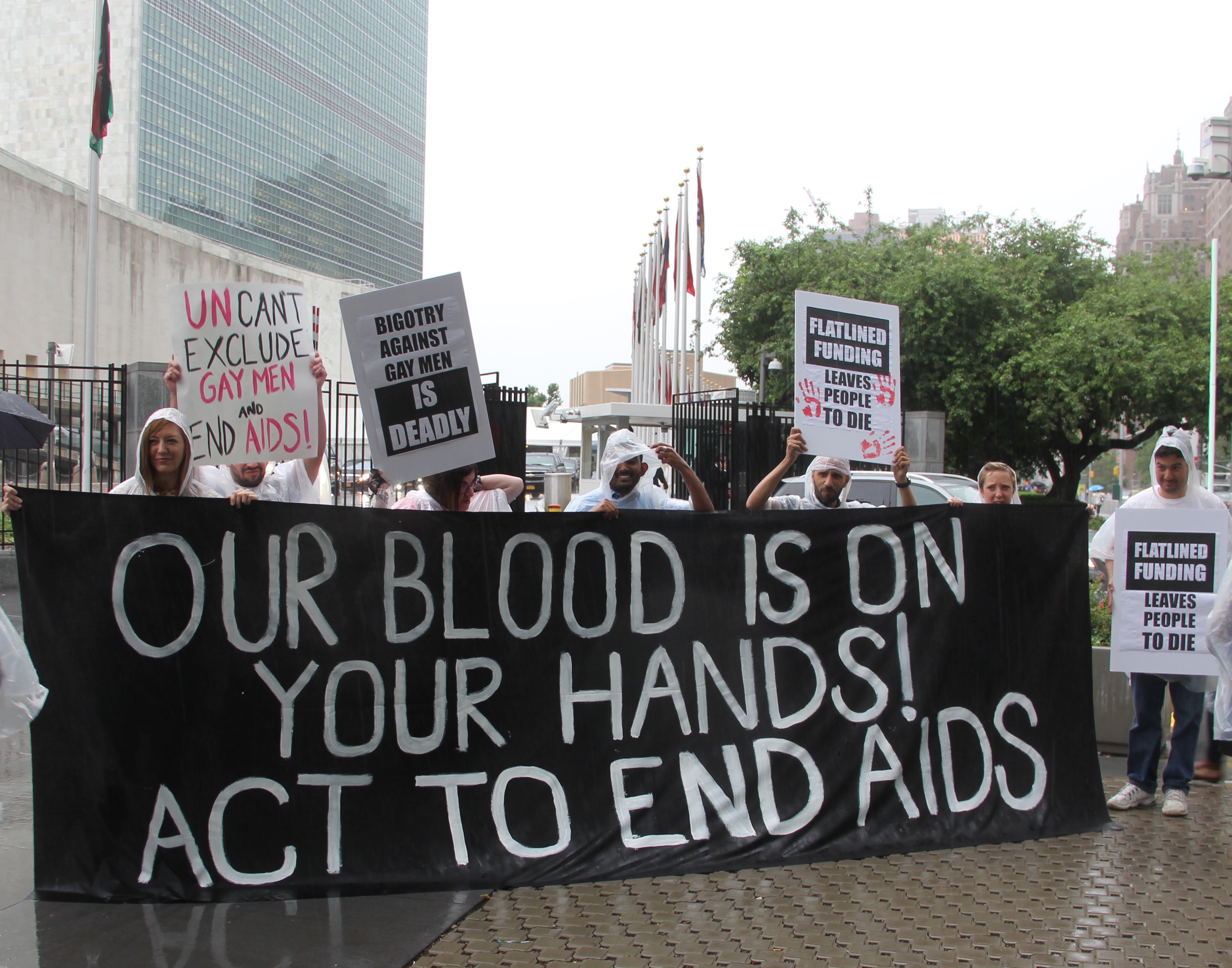 Together, we won bold new commitments, stopped some dangerous attempts to further weaken the declaration, and demonstrated that there is always great power when activists fight back.

But for all the good things that activists helped win this week, it is clear that we continue to face strong headwinds from powerful decision-makers whose actions are fueling the epidemic and undermining an effective response. From bigotry and marginalization to undue power wielded by greedy pharmaceutical companies, we have our work cut out for us.

In just one month, activists from around the world will meet again at the International AIDS Conference in Durban, South Africa for another historic week. Come hell or high water, we will once again call on world leaders to deliver on their promise to end the epidemic by 2030.