On June 8th, the United Nations adopted a new political declaration on HIV and AIDS. Health GAP joined many others from around the world in an effort to influence the content of this document in the weeks and days preceding the meeting—an effort that concluded with mixed results.

Standing back, it must have looked quite strange. Activists from around the world, scuttling around the avenues and streets surrounding the United Nations Headquarters to haggle with member states over paragraphs, phrases, and words. Dozens of organizations united in a fervent effort to influence a political declaration that would have no legally binding power over the actions of governments.

Why? Because words matter. 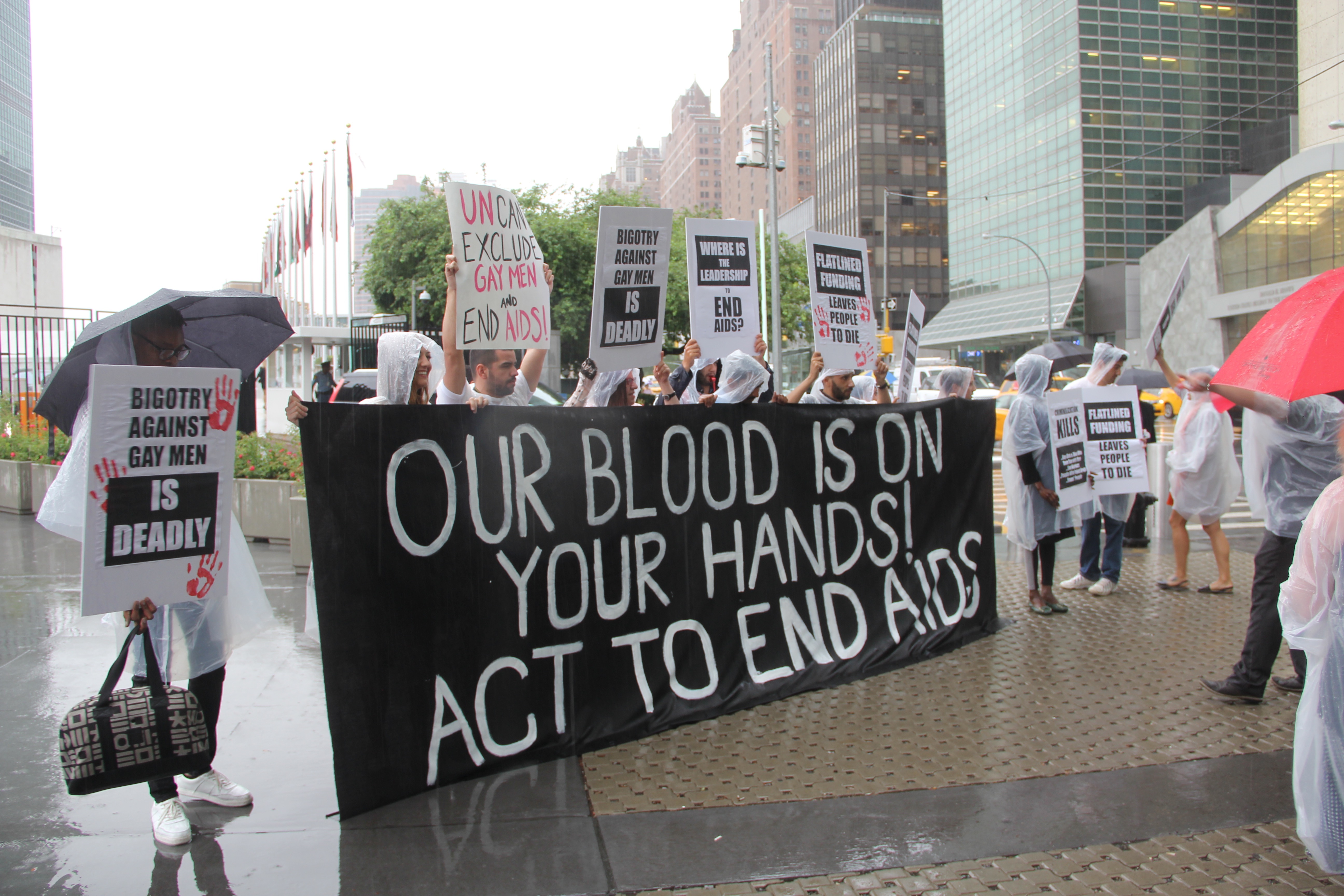 Commitments made in past declarations have proved to be important. For example, in 2011 activists pushed for and won the inclusion of a hard target of reaching 15 million people on treatment by 2015—a goal that was dismissed by some as unattainable. Long after the speeches and side-meetings were finished and world leaders and activists had returned home, “15 by 15” became a rallying cry to focus efforts on scaling up access to lifesaving treatment. Last year, nine months ahead of schedule, the world celebrated achieving this goal.

But just as words that are present matter, absent ones do too. Equally notable is what countries failed to include in the text. The declaration does not deliver strong commitments to address the needs of key populations—including gay and other men who have sex with men, people who use drugs, sex workers, and transgender people—through ending marginalization and criminalization, and scaling up access to tailored treatment, prevention and care services. It is also missing key commitments to expanding access to comprehensive sexuality education and sexual rights.

The world will not achieve the bold treatment and prevention targets committed to in the political declaration, unless sufficient attention and resources are devoted to these issues that were blatantly neglected in the document. But we must not forget that while words matter; activists’ power to hold governments and multilateral institutions accountable matters even more.

When telling the story of how the world reached 15 million people on treatment by 2015, it is easy to skip over the period between 2011 and 2015 during which activists around the world were hard at work to make this a reality. Activists in wealthy and poor countries alike pressured their governments to increase investments in the AIDS response and to use existing resources more effectively. Activists pressured the World Health Organization to act on the science, delivering new, expanded HIV treatment guidelines in 2013. In Uganda (and elsewhere) around the world, activists leveraged this global commitment to call for an end to deadly caps on the numbers of people who could be enrolled on treatment, almost quadrupling the number of new patients enrolled on treatment in 2013 as compared to 2012.

As we prepare to head to Durban, South Africa for the International AIDS Conference, we must not forget that we have the power to give meaning to the words in—and also absent from—these declarations. Political commitments can be used to ignite progress when we take to the streets (and sometimes to the meeting rooms) to demand action from the decision-makers who have the power to end the AIDS pandemic in our lifetime.