(New York) In reaction to the approval this morning by world leaders of a new Political Declaration on HIV, activists from more than 20 different countries walked out in protest of grave flaws in the Declaration, and later gathered outside the United Nations Headquarters in New York in protest, demanding world leaders put an end to ‘business as usual’ in the fight against AIDS. Activists covered a banner and protest sign with ‘bloody’ hand prints to show the life and death consequences of the bigotry, broken funding promises, and harmful policies that have characterized government negotiations over the 2016 UN Political Declaration on HIV. This document was intended to establish the road map toward ending the AIDS epidemic by 2030. 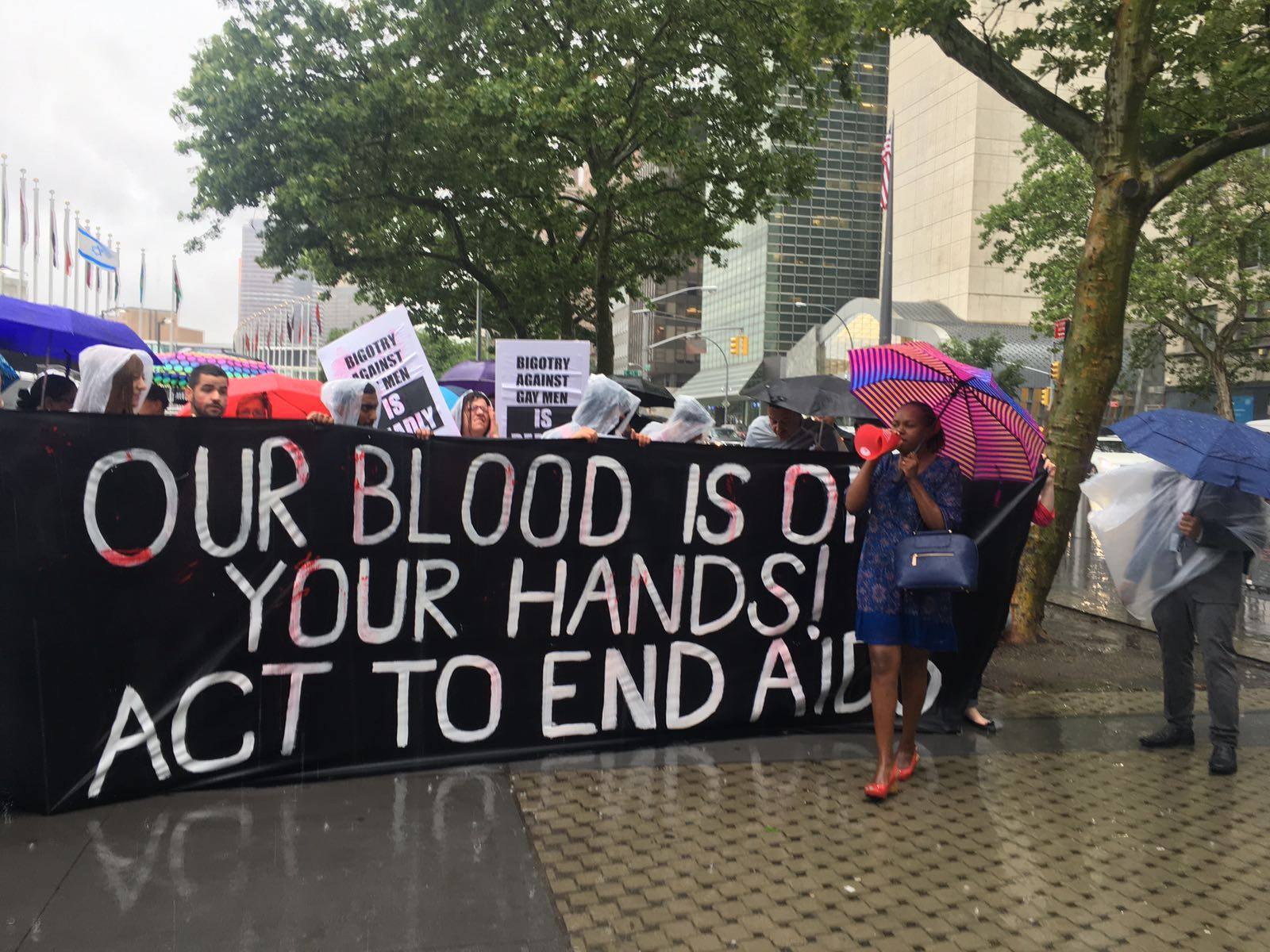 “This Political Declaration has fatal flaws,” said Health GAP’s Maureen Milanga. “We welcome the new target of reaching 30 million people by 2020 with life saving treatment and the pledge to achieve viral suppression for 90% of people on treatment through scaling up differentiated models of quality care. But unless dangerous donor funding cuts are reversed, millions will be denied access to medicine.” Although the declaration includes a pledge for expanded funding to at least $26 billion by 2020, in reality donors have flat lined or even reduced funding even as they have pledged to double the number of people on treatment.

The activists decried deadly obstruction by Russia, Hungary, Poland, Iran and other countries whose bigotry against gay men, people who use drugs, transgender people, sex workers and other criminalized and excluded populations sabotaged the Political Declaration, stripping language from the final version that called for their accelerated access to quality prevention and treatment services. “The bigotry on display during these negotiations has been astonishing,” said Jamila Headley of Health GAP. “After 35 years of the AIDS crisis, governments must know they can’t end AIDS until they end deadly exclusion and human rights violations.”

Activists say that the final version of the political declaration falls significantly short of what is needed by communities of people living with HIV, removing critical language on respecting, protecting and fulfilling the human rights of marginalized populations, in particular gay men and other men who have sex with men, people who use drugs, sex workers, and transgender people.

The activists highlighted government hypocrisy on display in the Declaration—delivering concrete, bold targets around treatment and prevention services but refusing to commit to quality, stigma free services for communities that are routinely denied services because of discrimination and human rights violations. In addition, the draft declaration commits to achieving the ‘90-90-90’ goal of ensuring that by 2020, 90% of people living with HIV will know their status, 90% of all people diagnosed with HIV will receive treatment, and 90% of those on treatment will be virally suppressed. However, the same countries that have championed these important targets have recently made moved to de-prioritize the HIV response by cutting funding to AIDS programs. 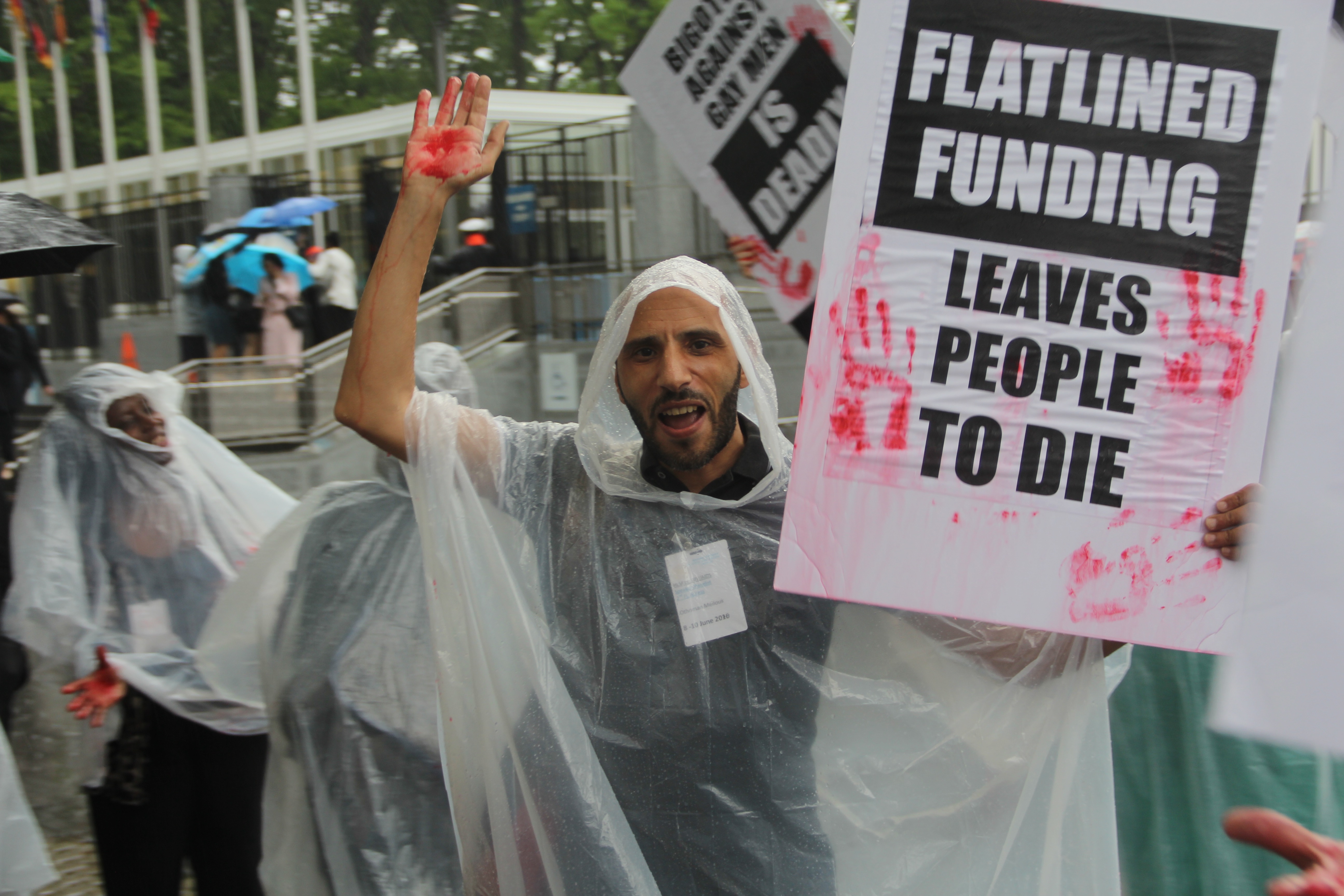 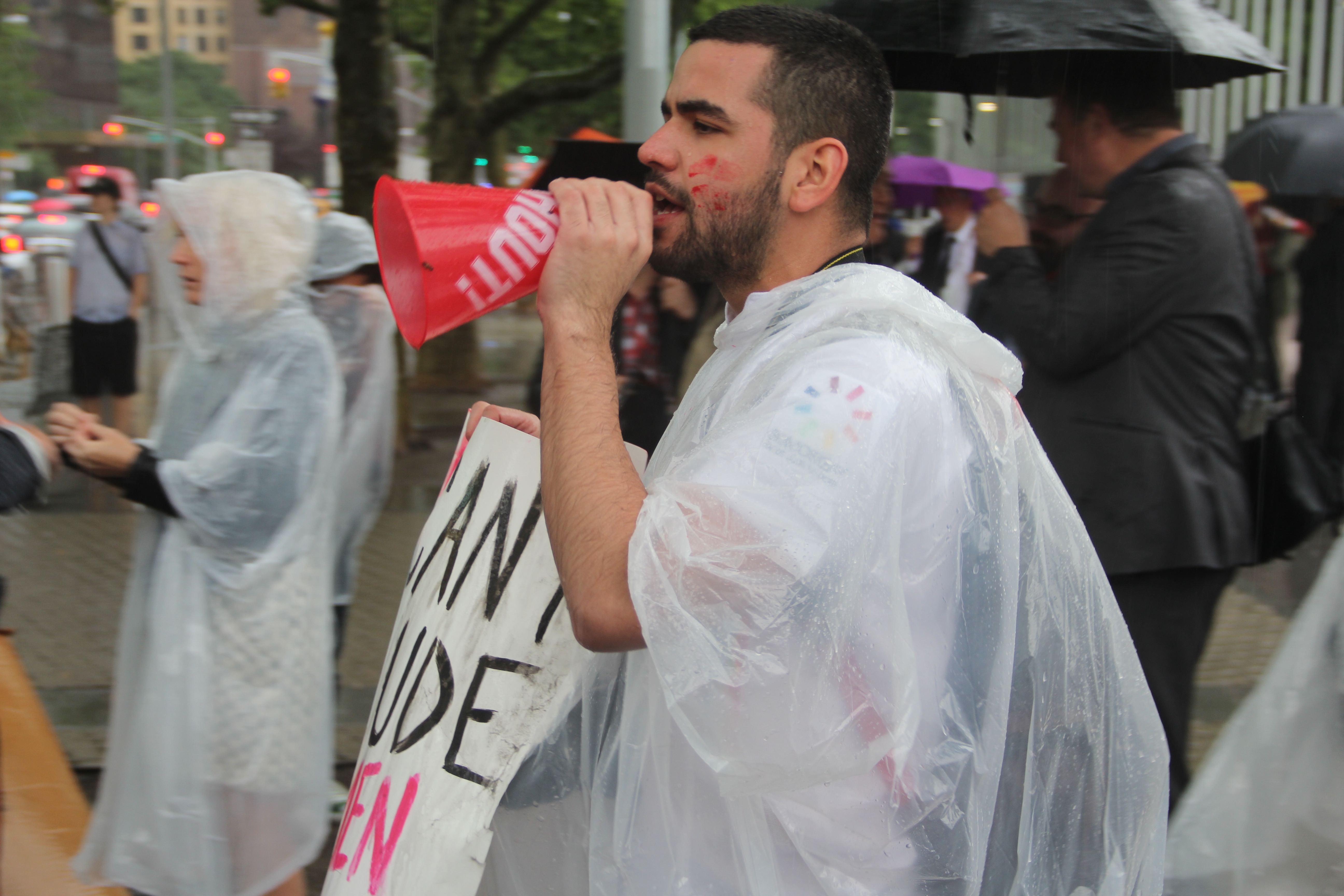 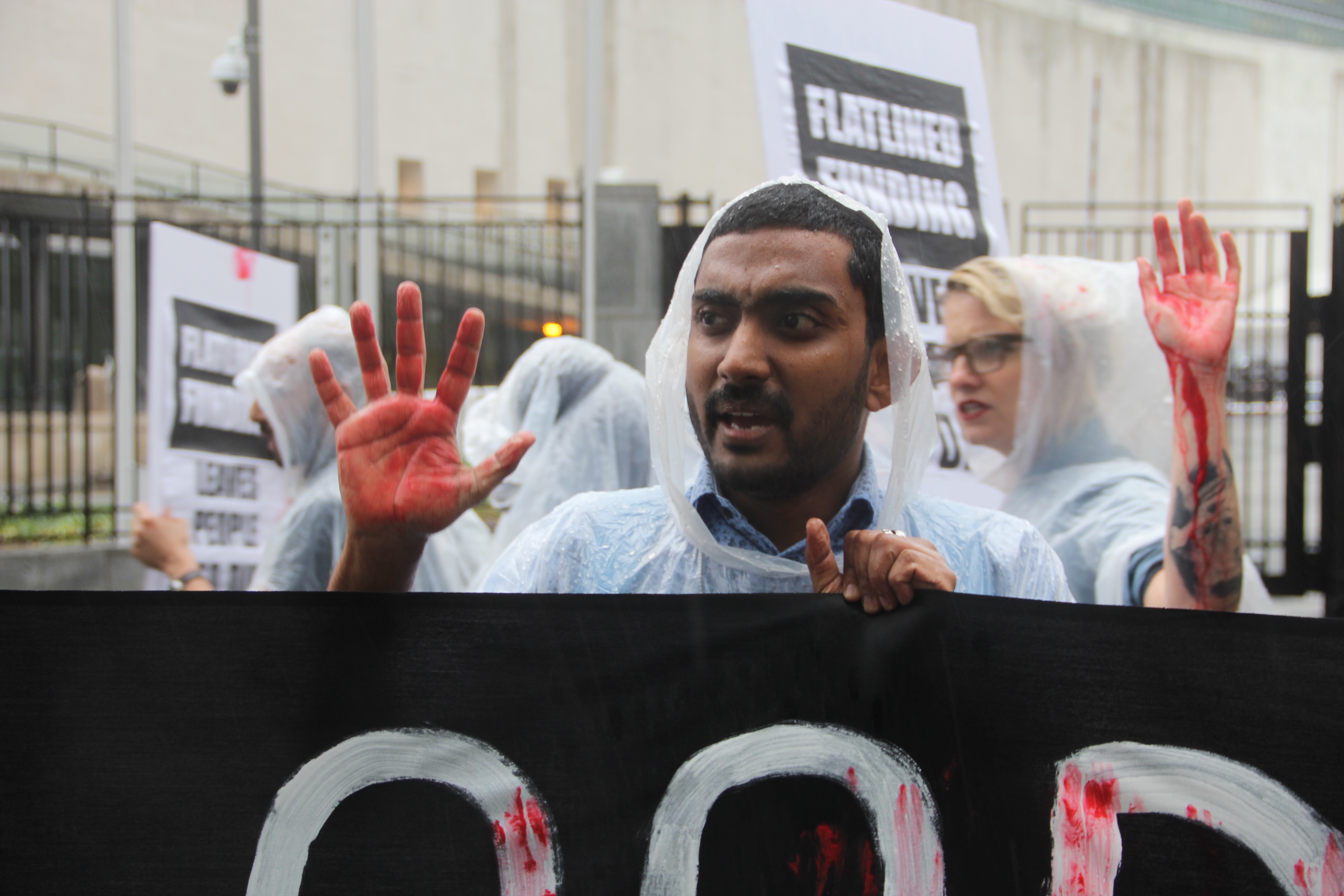 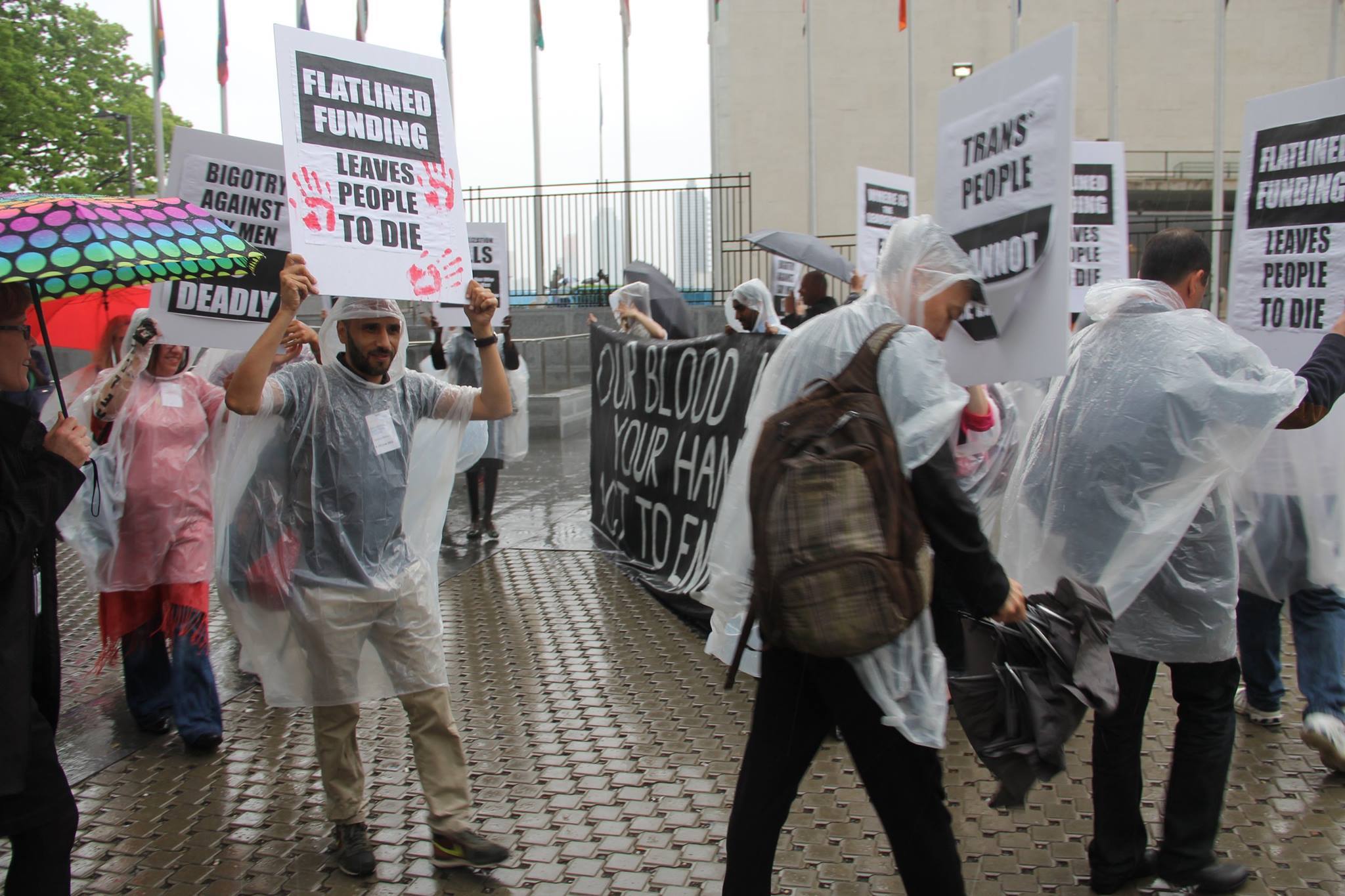 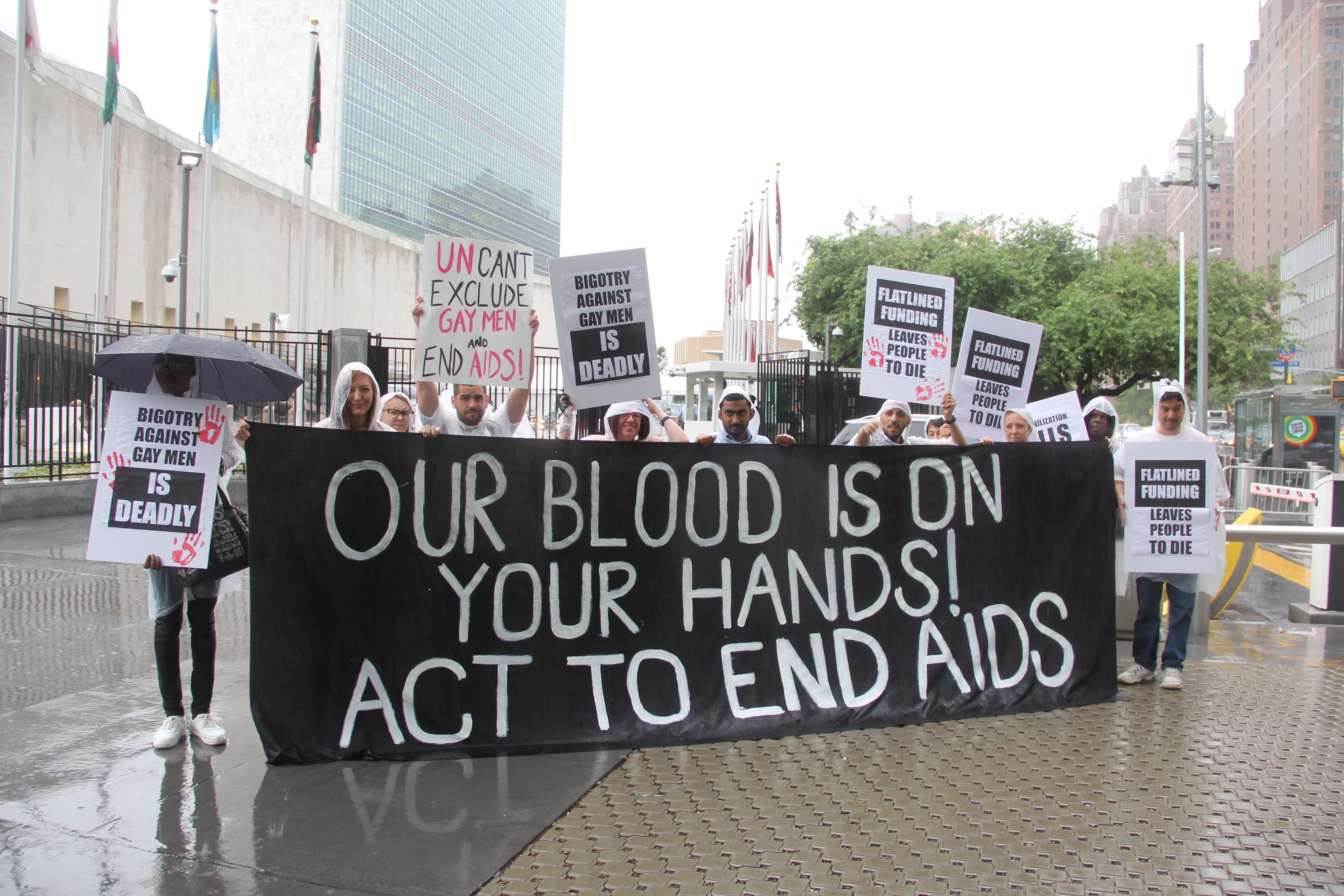 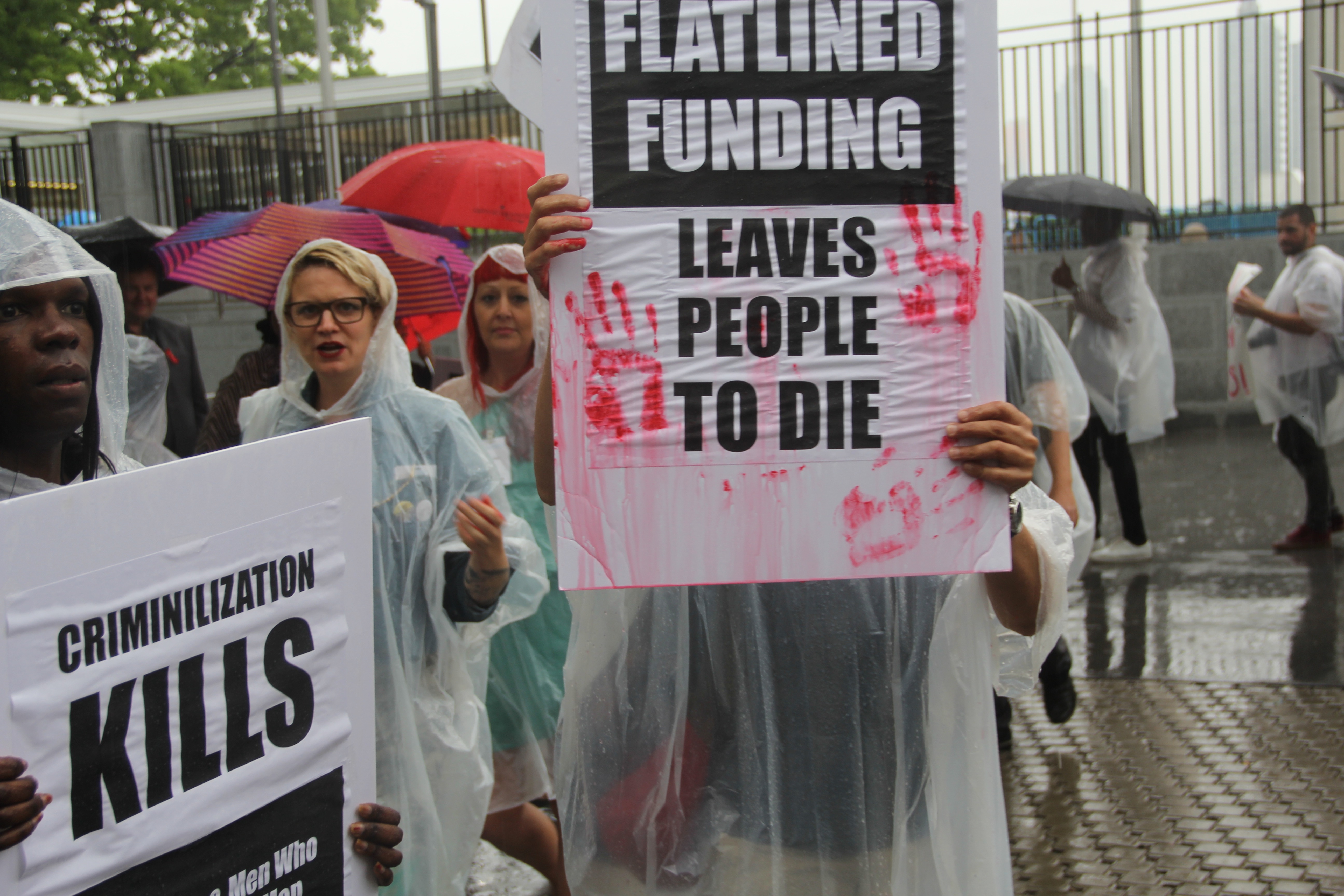 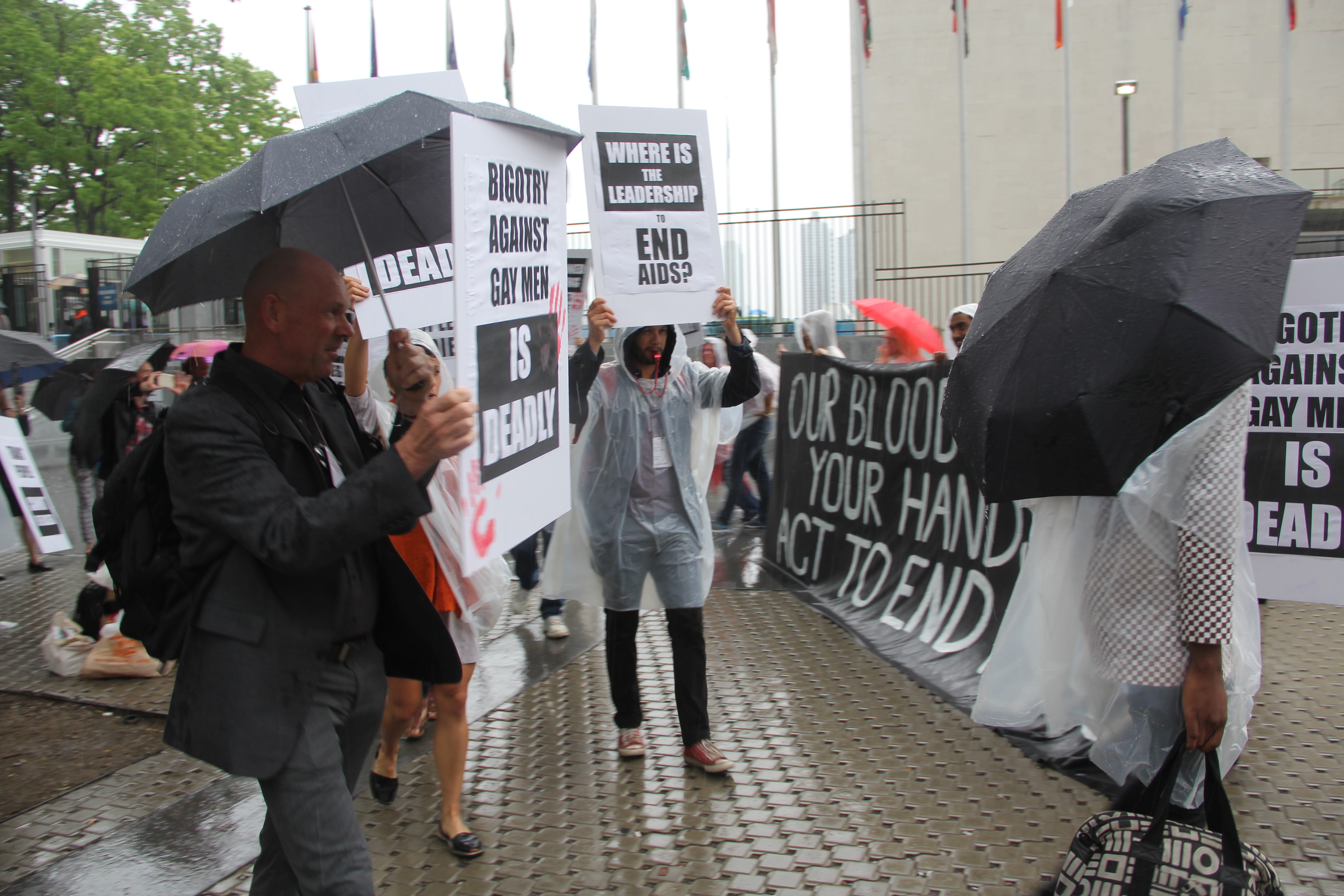 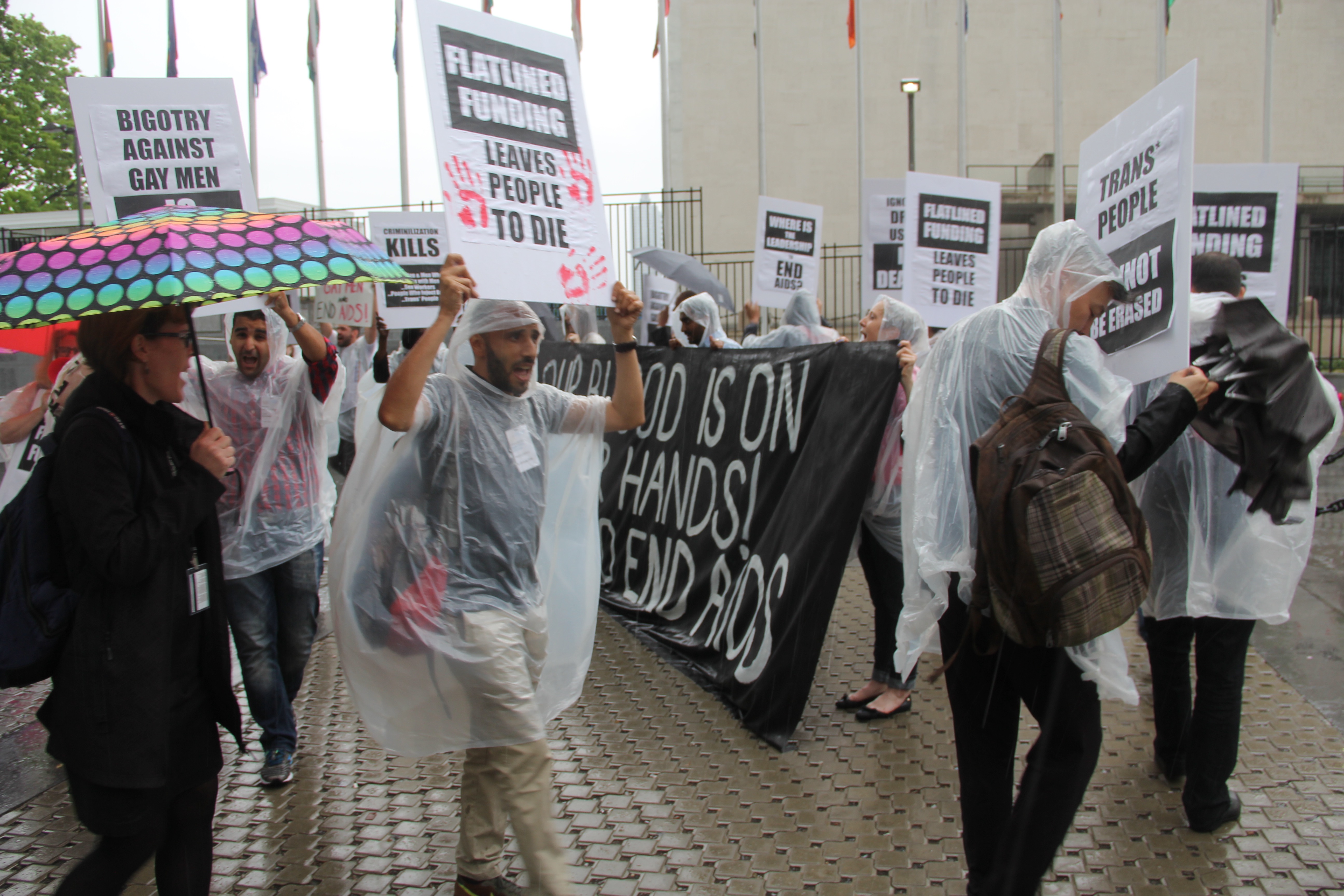