We call on the Indian government to reverse course on a series of actions that threaten to undermine the global AIDS response. We are increasingly concerned about the closing space both for the civil society groups that have been critical in the AIDS response nationally and internationally and for the public health-supporting policies that ensure quality, affordable generic drugs for the world. India’s recent policy reversals have serious implications for human rights and access to HIV treatment in India and around the world.

We call on the Indian government to:

Health GAP was in Durban, South Africa for the 21st International AIDS Conference from July 18-22, 2016 where, with allies from around the world, we hosted workshops, gave presentations, convened activist meetings and took to the streets to protest the deadly political decisions that prevent people living with HIV from around the world from accessing life-saving treatment. Among our demands were:

If you are tired of endless rhetoric that is unaccompanied by serious action then make your organization’s voice heard by endorsing this call to action today, and coming out to the march July 18. Click here to see a full list of endorsers. Sign on your organization here.

MARCH FOR QUALITY TREATMENT FOR ALL!

Health GAP, the Treatment Action Campaign (TAC) and Section 27 organized a massive mobilization through the streets of Durban on the opening day of the conference. Over 6,000 activists from South Africa and around the world came together to demand that world leaders not turn their backs on people living with HIV. 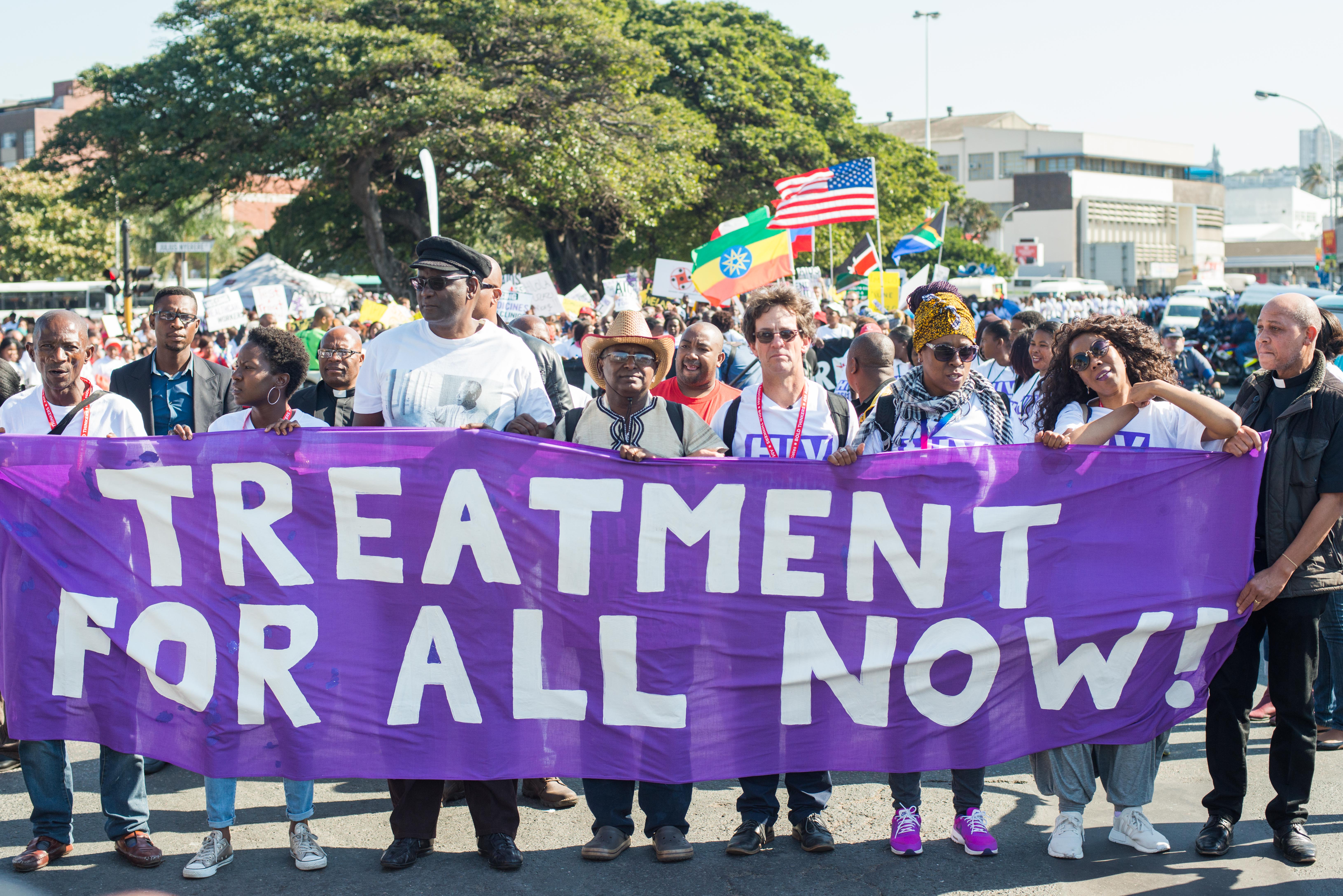 Why Obama’s ambition of an AIDS free generation is a pipe dream- podcast. The Guardian.  August 1, 2016 | http://bit.ly/2atuftH