This week in Johannesburg, South Africa, MSMGF, Health GAP, and AVAC gathered 15 advocates from Botswana, Cote d’Ivoire, Kenya, Uganda, Unites States, and Tanzania to prepare together to advocate for gay men and other men who have sex with men in their national HIV programs. This workshop came before U.S. President’s Emergency Plan for AIDS Relief (PEPFAR) Country and Regional Operational Plan review meetings where officials from 23 countries will review and finalize PEPFAR-supported programs that will be implemented next year. 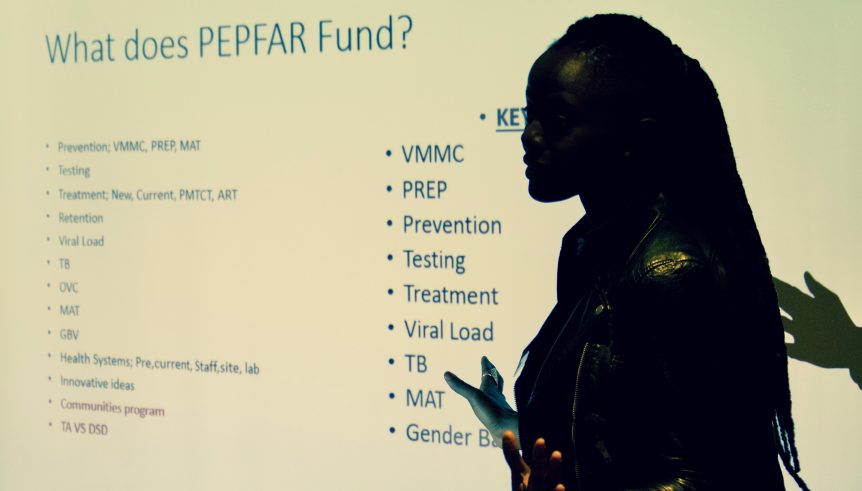 PEPFAR is the largest funder of HIV programs for key populations in Africa. The review meetings will be a critical opportunity for activists to voice their concerns and recommendations, and strengthen the way that their countries’ HIV programs respond to the epidemic among gay men and other men who have sex with men and funding to reach the right populations with the right services in the right places, right now. They come at a critical moment as the current U.S. Administration’s proposal could potentially cut PEPFAR’s budget, signaling a dangerous diversion in the global AIDS response that will come at a great cost to human lives.

"The U.S. contribution to PEPFAR and the Global Fund to Fight AIDS, Tuberculosis and Malaria grew to $6.81 billion per year in 2016, making the United States the single largest contributor to the global fight to end AIDS. We all need to advocate tirelessly for the US to maintain its budgetary commitments to foreign assistance, the reversal of which could dismantle over a decade of progress," said Matthew Kavanagh from Health GAP, United States.

"Over the past three years, PEPFAR country programs, have really improved. There are still gaps that we have to address, but we have seen that being involved early on can really strengthen the plans so that they are more effective at reaching men who have sex with men." said Nana Gleeson from Bonela, Botswana.

Over one and a half days, participants identified priorities to advocate for in their own Country Operational Plans (COPs). These priorities will be raised in the next two weeks with their respective PEPFAR country teams. In addition, they identified the following common priorities which will be raised with the U.S Office of the Global Aids Coordinator (OGAC):

Over the next two weeks, MSMGF, Health GAP, AVAC and other global, regional and local civil society organizations will participate in PEPFAR regional review meetings, carrying forward the advocacy priorities that were generated in the meeting, and amplifying the voices of communities in the response to HIV. Together with our partners, we will continue to advocate that PEPFAR ensure that global health investments from the US Government to remain responsive to the unique HIV-related needs of gay men and other men who have sex with men living around the world.

The Global Forum on MSM and HIV (MSMGF) is an expanding network of advocates and other experts in sexual health, LGBT/human rights, research, and policy, working to ensure an effective response to HIV among gay men and other men who have sex with men. We are directly linked with more than 130 community-based organizations, across 73 countries.

Health GAP (Global Access Project) is an organization of U.S.-based AIDS and human rights activists, people living with HIV/AIDS, public health experts, fair trade advocates and concerned individuals who campaign against policies of neglect and avarice that deny treatment to millions and fuel the spread of HIV.

AVAC (Global Advocacy for HIV Prevention) uses education, policy analysis, advocacy, community mobilization and a network of global collaborations to accelerate ethical development and global delivery of biomedical HIV prevention options as part of a comprehensive and integrated response to the epidemic.