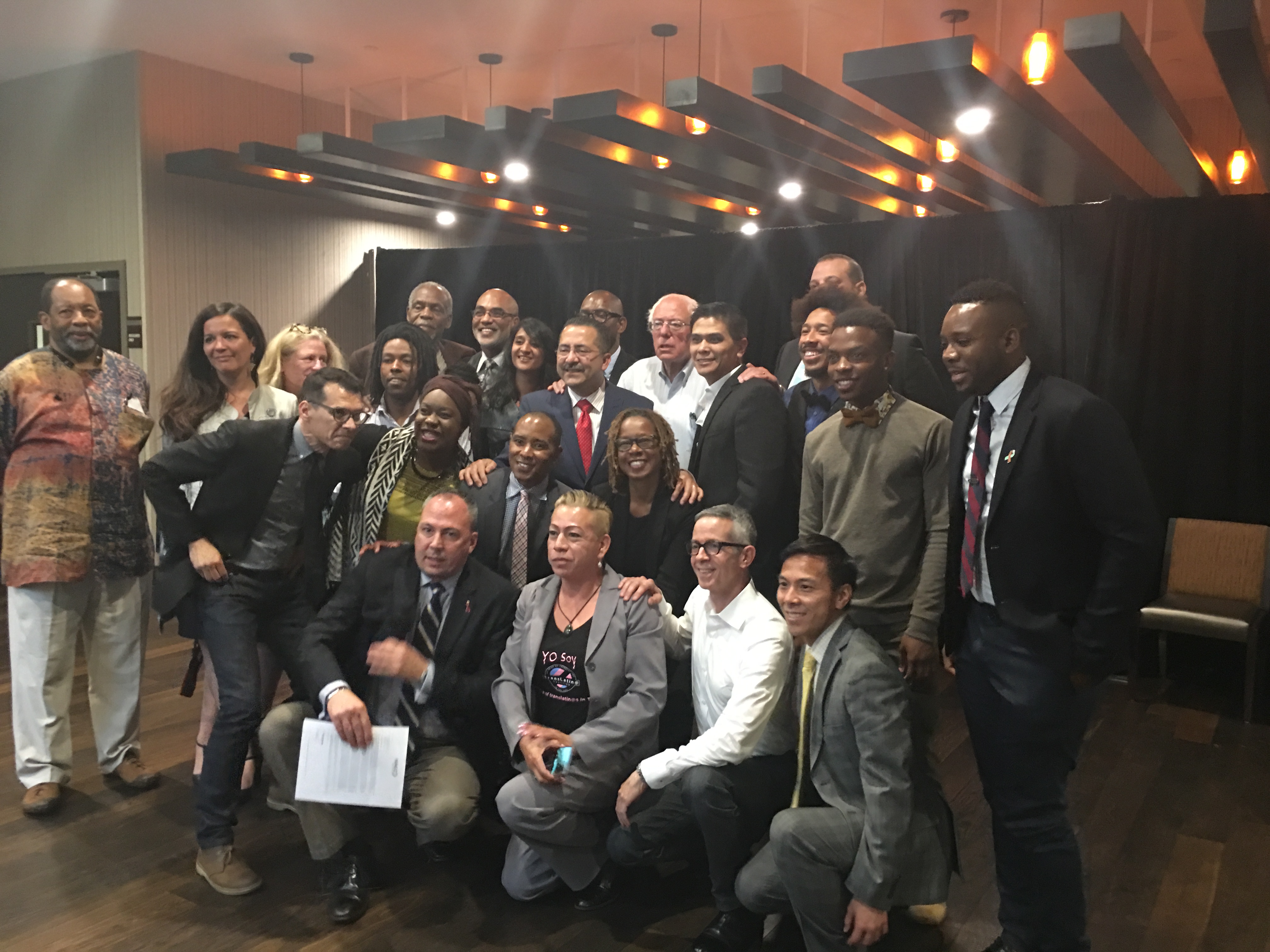 [San Bernardino, CA] Democratic presidential candidate Bernie Sanders met with 19 representatives of the HIV/AIDS community in San Bernardino today. Activists presented a policy document that, among other key recommendations, asks every presidential candidate to prevent trade deals and intellectual property laws that hinder generic production of affordable medications, and pose an immense threat to access to medications in low and middle income countries. Activists specifically asked Senator Sanders to stop U.S. government pressure on India to change its patent laws, which allow for the production of generic medication.

In response, Senator Sanders promised that the need to increase generic competition for pharmaceutical production - including reducing U.S. pressure on India -  will be a part of the democratic party platform this summer. Sanders reiterated his fierce opposition to the Trans-Pacific Partnership, and other trade deals that would hinder access to affordable medications. He spoke passionately against the political influence of multinational pharmaceutical companies, and vowed to reduce this influence should he be elected.

“The expansion of HIV/AIDS treatment globally has only been possible because of the reduction of intellectual property barriers that has allowed generic competition. This has resulted in a 99% drop in the price of HIV drugs,”  said Hilary McQuie, who attended the meeting for the Health Global Access Project.  “It is crucial that barriers to generic production continue to be reduced for new medications. India’s freedom to put public health and access to medicines ahead of pharma greed and U.S. bullying will mean the difference between life and death for millions of people.”

Activists also asked Sanders to reaffirm his commitment to ending the AIDS pandemic by 2030 by making a formal commitment to increase funding the global AIDS programs by $2 billion per year by 2020. While Sanders has already committed to double the number of people receiving HIV treatment directly supported by the U.S, he has not committed to a funding target.

The meeting was scheduled as a result of sustained political pressure from AIDS activists on both democratic and republican presidential candidates. The meeting with Sanders comes two weeks after the coalition of AIDS advocates met with his democratic rival, Hillary Clinton. The coalition is still waiting for Clinton to fulfill the verbal promises she made to advocates. Clinton agreed to follow-through with her commitments within 30 days of the meeting. The campaign staff of republican candidate Donald Trump has stated that they will schedule a meeting when they have a policy staff.