Today, Democratic Rep. Keith Ellison of Minnesota introduced legislation to establish a small tax on certain Wall Street transactions that will reduce dangerous financial market speculation and raise hundreds of billions of dollars every year that can be channeled to address pressing social needs—from HIV/AIDS, climate change mitigation, and eradicating hunger around the world, to ensuring health care for all and strengthening the public school system here in America.

The passage of this bill will allow the U.S. to join other major global financial markets in a growing system of financial transaction taxes. Similar to the Financial Transaction Tax enacted by the French government, we too could create a tool to sustain and increase current funding for the global HIV/AIDS response among other important causes.

Experts are saying that we have the science we need to end the global AIDS crisis, yet everyone agrees that this will not be possible without a considerable increase in resources. In his 2016 fiscal year budget, the President proposed over $400 million in cuts to spending on the global AIDS response. To put this into perspective, this is less than 0.15 percent of the total estimated yearly revenue that Rep. Ellison’s financial transactions tax would generate.

We know that Wall Street interests will immediately attack the bill. So please take a moment to dream a little, and show your support by telling Congress and Wall Street what this legislation means to you. All you need is a phone/camera, access to a twitter/Facebook account, and 3 minutes of your time.

Tell us, what you would do to create a more socially just world, if you $350 billion at your disposal:

2. Take a picture holding the sign & upload your photo to Facebook/Twitter with the statement: "Imagine what we could do if we had the Robin Hood Tax ".

3. Tag Health GAP/Student Global AIDS Campaign and the U.S. Robin Hood Tax Campaign in your post and use #RHT300B .", so that we can share your post with the world.

4. Ask your friends to dream a little too.

5. Call your representative and urge them to support H.R. 1464. Find instructions here. 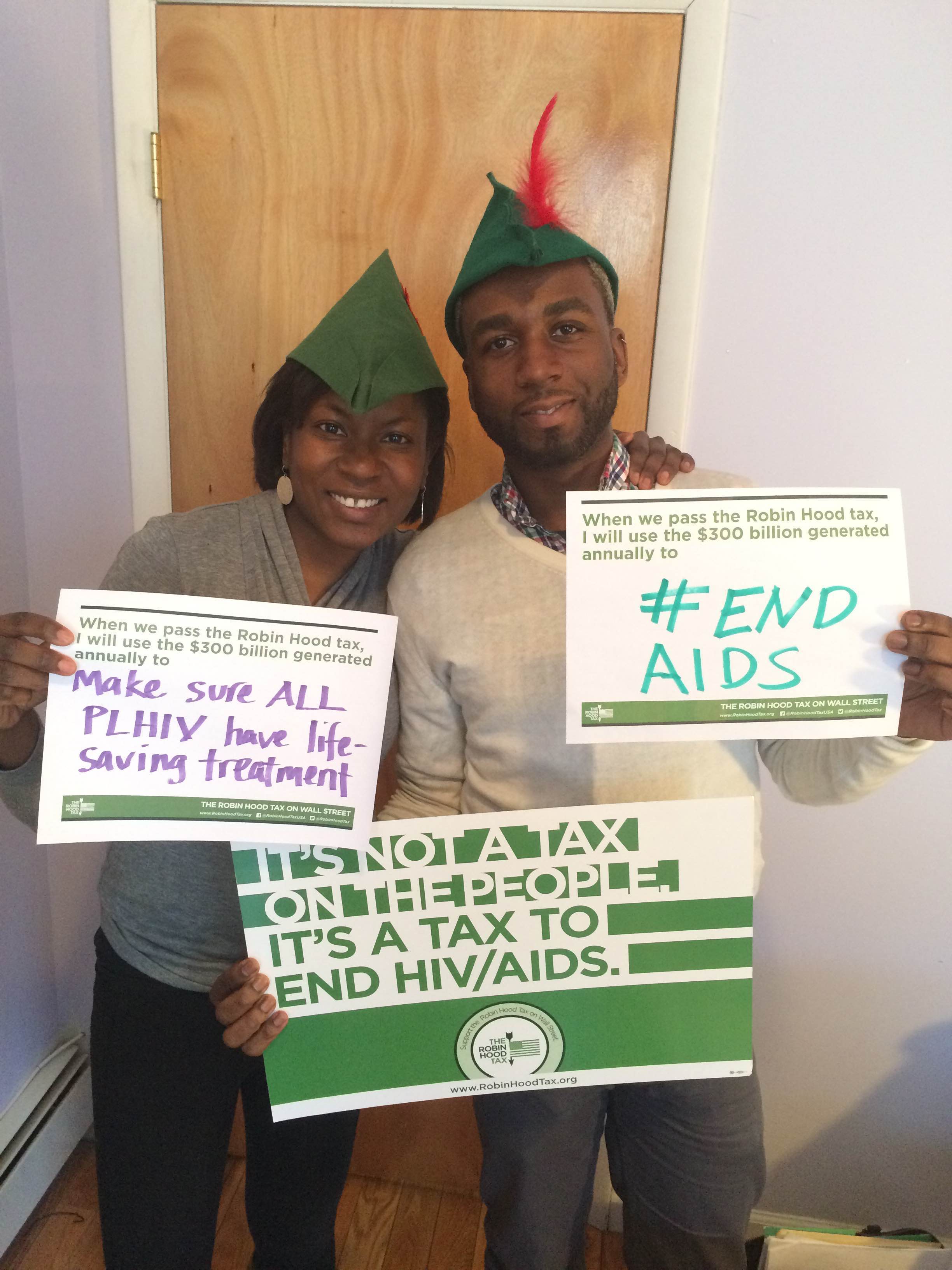 To learn more about the Robin Hood Tax, check out the resources below:

Health GAP is a member of the Robin Hood Tax Campaign Steering Committee.