Heading back to my home-base in Uganda after last week’s International Conference on AIDS and STIs in Africa (ICASA) held in Côte d’Ivoire, I was on a flight full of Ugandan politicians, activists, and researchers--and we were left shaking our heads. ICASA 2017 felt like a shambolic anachronism—a conference that tried to foreclose the rightful space of civil society to speak out and fight back. 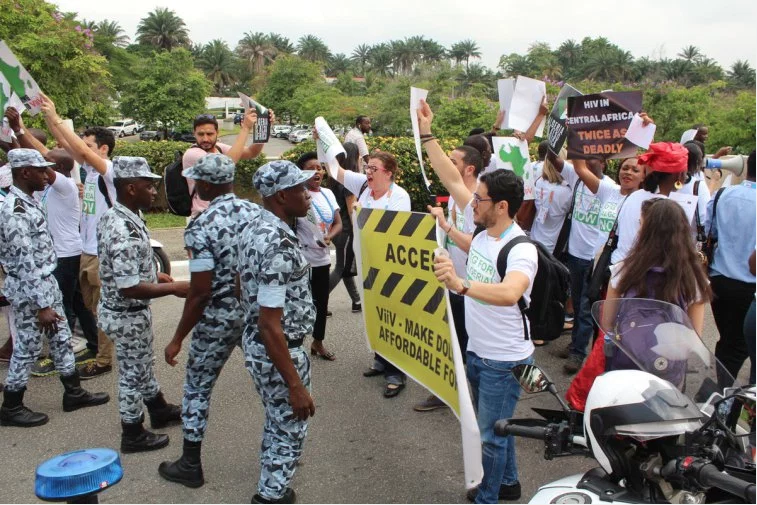 I had traveled to Abidjan to join forces with other activists from across the continent to challenge policymakers, discuss the latest progress in science, and demand aggressive scale up of treatment, prevention and human rights. Particularly for West and Central African countries, where only 35% of all people living with HIV are on treatment, compared to 60% of all people with HIV in East and Southern Africa, this ICASA could have been a moment to focus on the urgent need for political courage in the fight against AIDS in a region that is chronically left behind because of gross underfunding, human rights violations targeting criminalized populations, and lack of prioritization by political leaders from around the world. Instead ICASA 2017 served to further reinforce just how far we have to go in the fight to end AIDS.

First, after a much-needed protest led by International Treatment Preparedness Coalition (ITPC) targeting ViiV for its deplorable exclusion of Algeria from a voluntary license for dolutegravir(DTG), activists were denied re-entry to the conference by security. Why? Reportedly because the first lady of Côte d’Ivoire was ‘furious’ that people with HIV and their communities were bringing a much-needed dose of reality to the conference, and raised security concerns—despite the fact that the protest was completely peaceful. Decades into the fight for global access to HIV treatment, we know that community truth-telling, protest and confrontation are crucial for ensuring that what goes on in conference halls benefits the people whose lives depend on policies and funding that match the latest in cutting edge science. Yet, at ICASA 2017 it seemed we had all stepped back in time, to the days when such critical activist interventions had to be painstakingly litigated at every step.

There were several other injustices and indignities: from vandalism of the MSM networking zone, to people with HIV—many of whom are low income and who had been given partial scholarships but no daily allowance for food—getting harassed by hotel security for trying to bring food into the conference venue. For me, these degrading confrontations with security staff were rife with symbolism: after more than 30 years leading the fight against this horrific pandemic, power brokers are still trying to shut people with HIV and people at greatest risk of infection out from the halls of power—where their demands most need to be heard.

Ultimately, instead of accepting efforts by ICASA to silence us, we fought back. At the closing plenary, activists took the stage, with Treatment Action Campaign’s Vuyokazi Gonyela delivering civil society’s demands to African governments, global leaders, and the ICASA organizers.  These demands included funding to ensure the African Union’s pledge to mobilize 2 million community health workers by 2020 is more than just an empty promise; and an end to bigotry and stigma promulgated by political leaders against men who have sex with men, sex workers, trans communities and people who use drugs. Health GAP and partners also used the conference to equip more than 50 people from around the world with new skills as we intensify our efforts to hold PEPFAR and other donors accountable to the priorities of people with HIV during the coming 2018 cycle of developing PEPFAR Country Operational Plans (COPs).

This ICASA was a mirror. We saw clearly the massive fault lines that still divide people with HIV from ‘the powerful’ whose decisions directly affect their lives. We also saw the tenacity and brilliance of our communities and the power we can wield when we refuse to back down as we challenge injustice. Most of all, ICASA 2017 should serve as a clarion call for the 2018 International AIDS Conference in Amsterdam: We will not negotiate our right to protest and challenge decision makers who will attend that meeting. We will not cede the space so many have fought for. We will not be silenced.