Two years ago, the Trans-Pacific Partnership was a done-deal. Politicians from both parties had lined up in support of the multilateral trade deal and big pharma had secured robust sweetheart protections in the initial, highly secretive drafts. Instead of celebrating the final deal, however, those same politicians have spent the last month in retreat thanks in large part to a massive effort by a coalition of activists who beat back the TPP. At the heart of killing the TPP was the incredible momentum of advocates who refused to accept a deal that would have done more to undermine access to affordable medicines than any previous U.S. trade agreement. 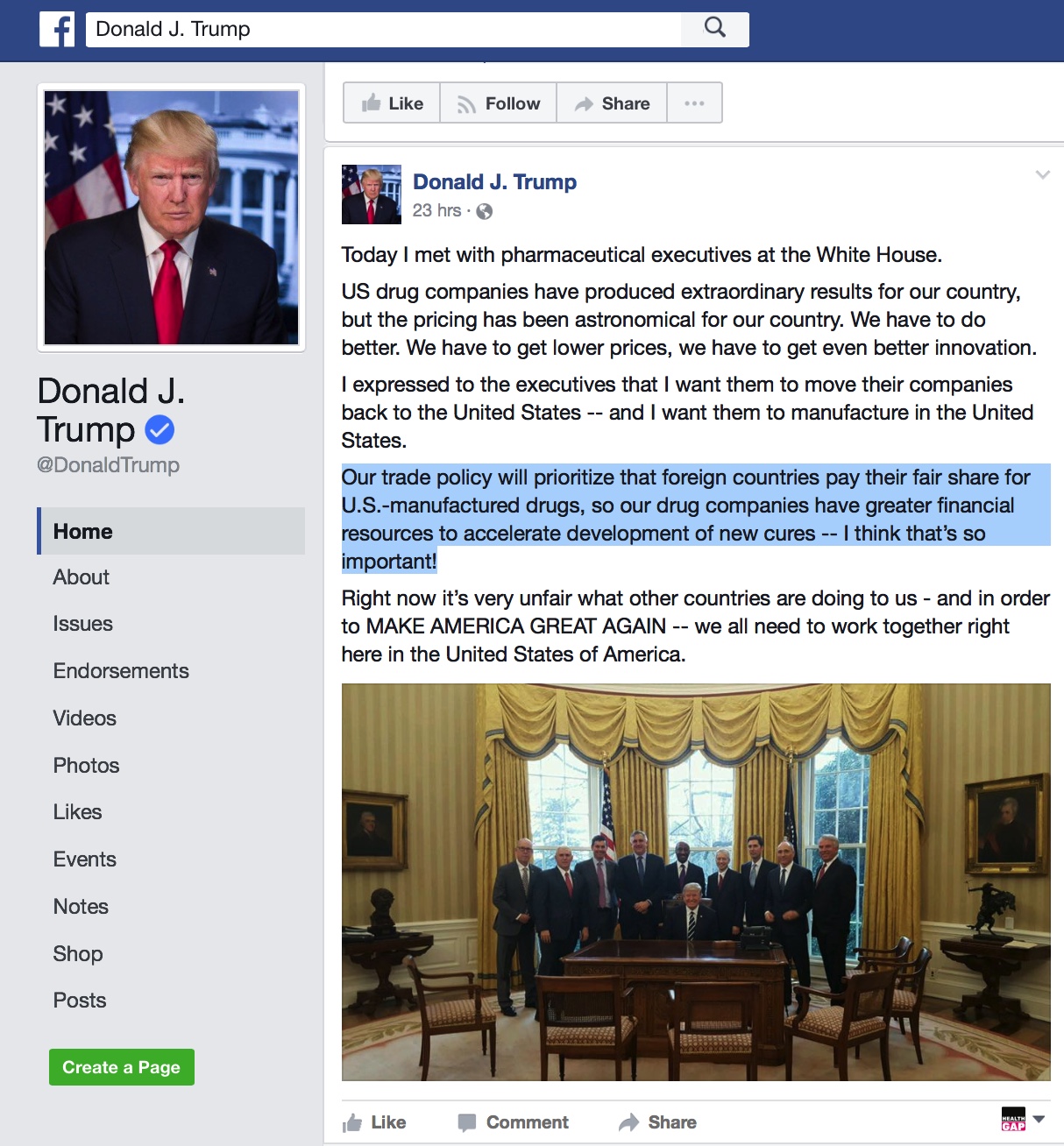 What played out over the last several years is a case study in the power of strategic grassroots activism working in concert with unrelenting policy analysis done through the lens of health justice.

In an increasingly interconnected world, it makes sense that the U.S. would seek to enter into trade deals with countries across the globe. But after ten years of progress expanding access to affordable medicines – even during the Bush administration, which was generally hostile to the interests of health consumers – the TPP posed a new and dangerous assault on access. Pharmaceutical corporations and their massive, well-funded lobby exerted outsize power over the U.S. Trade Representative to set a new, dangerous paradigm in intellectual property right monopolies and enforcement – the international rules of the road for pharmaceutical production, pricing and sales. Pharma’s proposals dramatically exceeded the previous standards and sought to undermine key countries’ domestic generic drug production, especially in India, which is responsible for much of the progress made in recent years to slow the HIV pandemic.

The TPP would have extended patent terms, expanded new monopolies preventing registration of generic medicines, allowed drug companies to sue governments for decisions that cut their profits, locked in price gouging, decreased access to affordable medicines in developing countries, and increased drug company influence in deciding what medicines are included in government programs.

In the face of this base corporate greed, activists said no.

Labor, environmental and health justice advocates launched a major counter effort that turned the tide of the public conversation and highlighted the adverse impacts of the deal. In a series of public actions, activists put a human face on the consequences of the TPP – forcing members of Congress to answer whether they’d come down on the side of corporate greed or access to affordable lifesaving medicines for their own constituents and trading partners around the world.

The pushback was international in scope, with advocates who did not have an official seat at the table working to open lines of communication between like-minded negotiators who were. A key part of that effort was to highlight the fact that the TPP would increase the cost of healthcare in their home countries. Activists from around the world also took to the airwaves, speaking boldly to the media about how the corporate protections would be damaging to their personal health. Access to medicines activists also risked arrest in actions that brought the faces of those most affected directly to the locations where top-secret negotiations were being held.

Health GAP and our sister organization, the Student Global AIDS Campaign (SGAC), were proud to be in the anti-TPP trenches with activists from around the world. Our trade policy expert produced volumes of insightful analyses that helped shape the conversation. Our U.S. organizers coordinated actions, honed messaging and liaised with allies while mobilizing the grassroots to speak out against the deal. Grassroots activists and SGAC members birddogged candidates and sitting members of Congress at events from Iowa to New Hampshire and beyond, cementing the TPP as a political non-starter.

While activists and justice-minded policy analysts helped to stall the adoption of the TPP, opposition took root in the general public among countless Americans fed up with exorbitant prescription drug prices and Pharma’s rampant greed-induced price hikes, making support for the deal toxic during hotly contested political campaigns.

Together, these forces killed the TPP – a major win in the ongoing fight for access to medicines.

But activists must remain vigilant. Pharmaceutical corporations have not ceded power, and will continue to fight for monopolies in future trade deals, laws and other policies. Just yesterday, President Trump met with pharmaceutical executives at the White House, and, in sharp contrast to his campaign pledge to take on the industry and lower the cost of prescription drugs, he announced on social media that, “Our trade policy will prioritize that foreign countries pay their fair share for U.S.-manufactured drugs, so our drug companies have greater financial resources to accelerate development of new cures…”  It’s unclear exactly how U.S. policy will shift to achieve that stated goal, but it’s clear that the president has been convinced the role of U.S. trade policy is to increase Pharma’s corporate profit margins.

The fight against the TPP is a battlefield win, but additional fights for access to affordable medicines are on the near horizon. We must take the lessons learned from the TPP and build on them, grow our grassroots and empower future activists so that any new attempts to feed corporate greed and build walls between people and life-saving medicines are crushed before they get off the ground.