Separating Myths from Facts: Donor funding for the HIV response

In July 2016, the Kaiser Family Foundation and UNAIDS released an analysis showing that donor funding for the HIV response in low- and middle-income countries declined by almost 13% between 2014 and 2015. Over the past 15 years, wealthy countries have played a critical role in helping to finance the expansion of HIV treatment, prevention and care around the world. As a result, today 17 million people living with HIV have access to the medicines they need. However, the sobering truth is that we’re still less than halfway there--20 million more people are without access to lifesaving treatment. The consequence of donor cuts at this critical time is truly death. Check out this new Health GAP fact sheet with 10 Myths & Facts about Donor Funding for the Global HIV Response.

As activists we need to fight these devastating cuts, and be ready to counteract rampant myths about international donor funding and the HIV response. Here's our attempt to set the record straight. 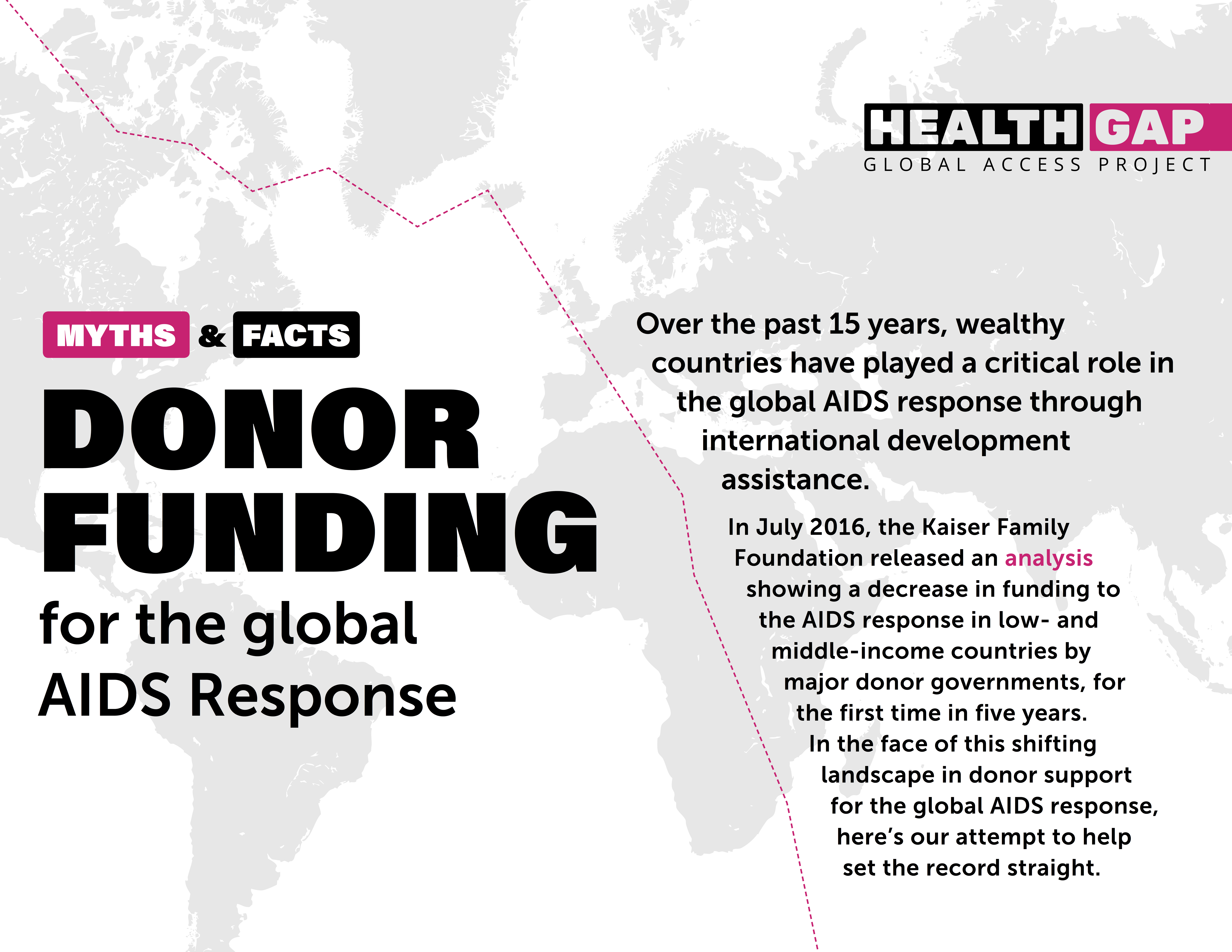 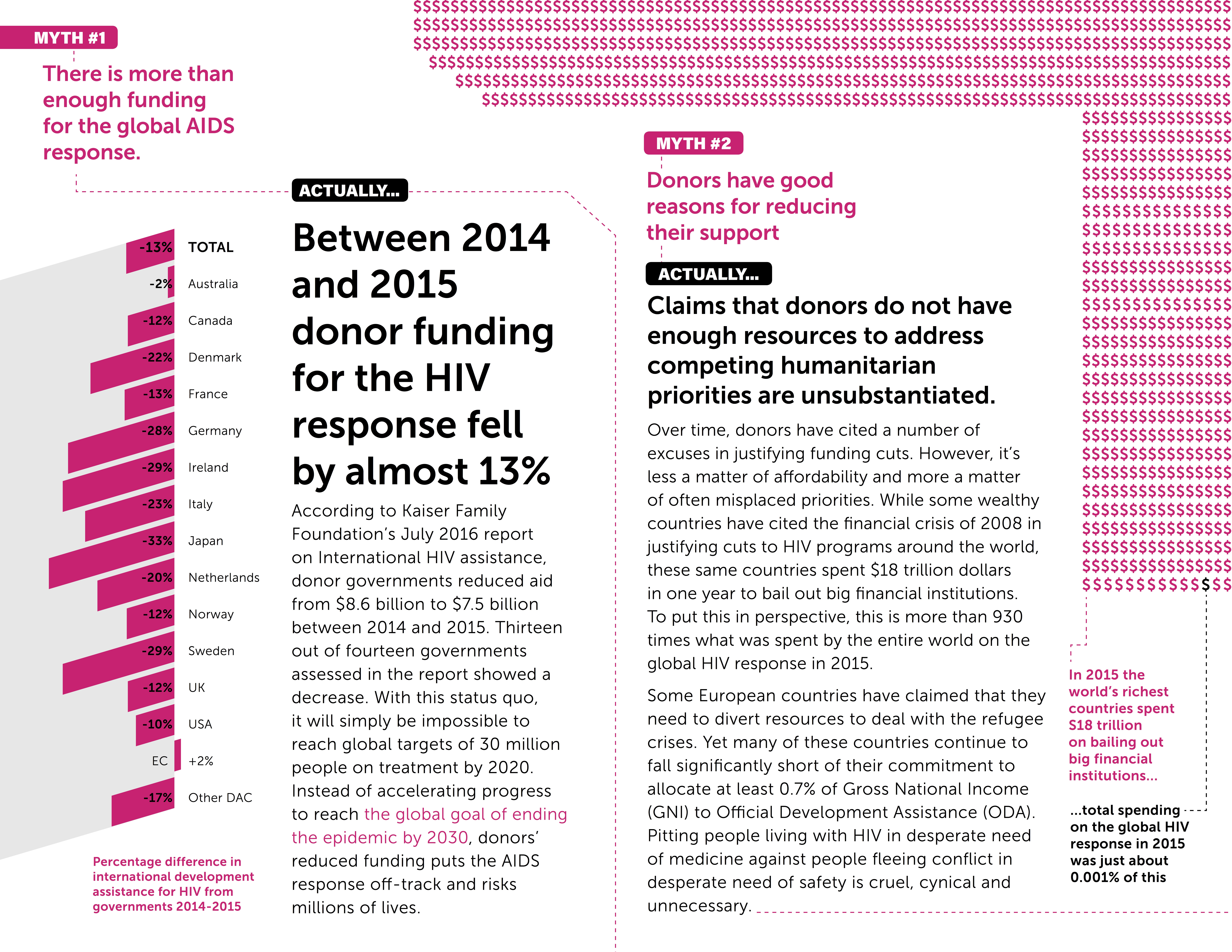 Click HERE to explore 8 more myths and facts on donor funding for the global AIDS response.