Higher Stakes and a Bigger Impact for People Living with HIV: a Report Back from 2018 PEPFAR Country Operational Planning

Over the last two weeks, teams from 23 countries converged in Johannesburg, South Africa for regional planning meetings to plan how PEPFAR funding will be spent in October 2018-September 2019—programming nearly $4 billion toward the HIV response in these countries.

Health GAP together with AIDS activists and civil society representatives from around the world also joined these meetings—which were restructured this year thanks to activist pressure. Together we succeeded in harnessing this opportunity to win critical and exciting changes toward a more ambitious, accountable and effective HIV response.

We have stepped up our efforts year after year, with greater coordination, expanding networks, and sharper advocacy skills, pushing for bolder targets and strategies in order to hold PEPFAR accountable and have a more powerful impact. This work is even more vital at a time of limited resources and when evidence-based strategies are under more pressure than ever.

As a result of the strategic accountability work of global and local civil society in response to this new process, significant new PEPFAR funding will move into high-impact programs to address the priorities and needs of people living with and affected by HIV in the 2018 Country Operational Plans (COPs). 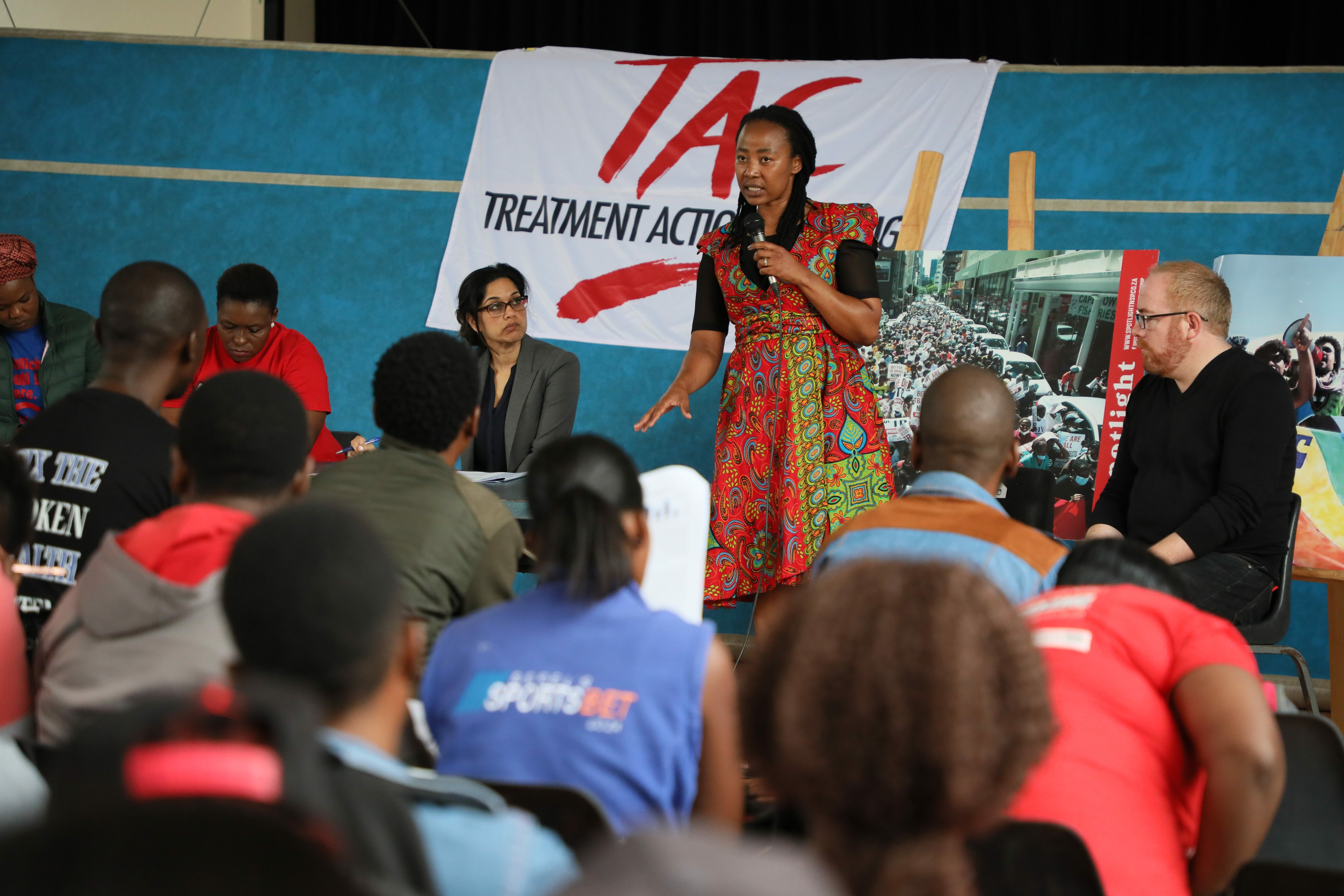 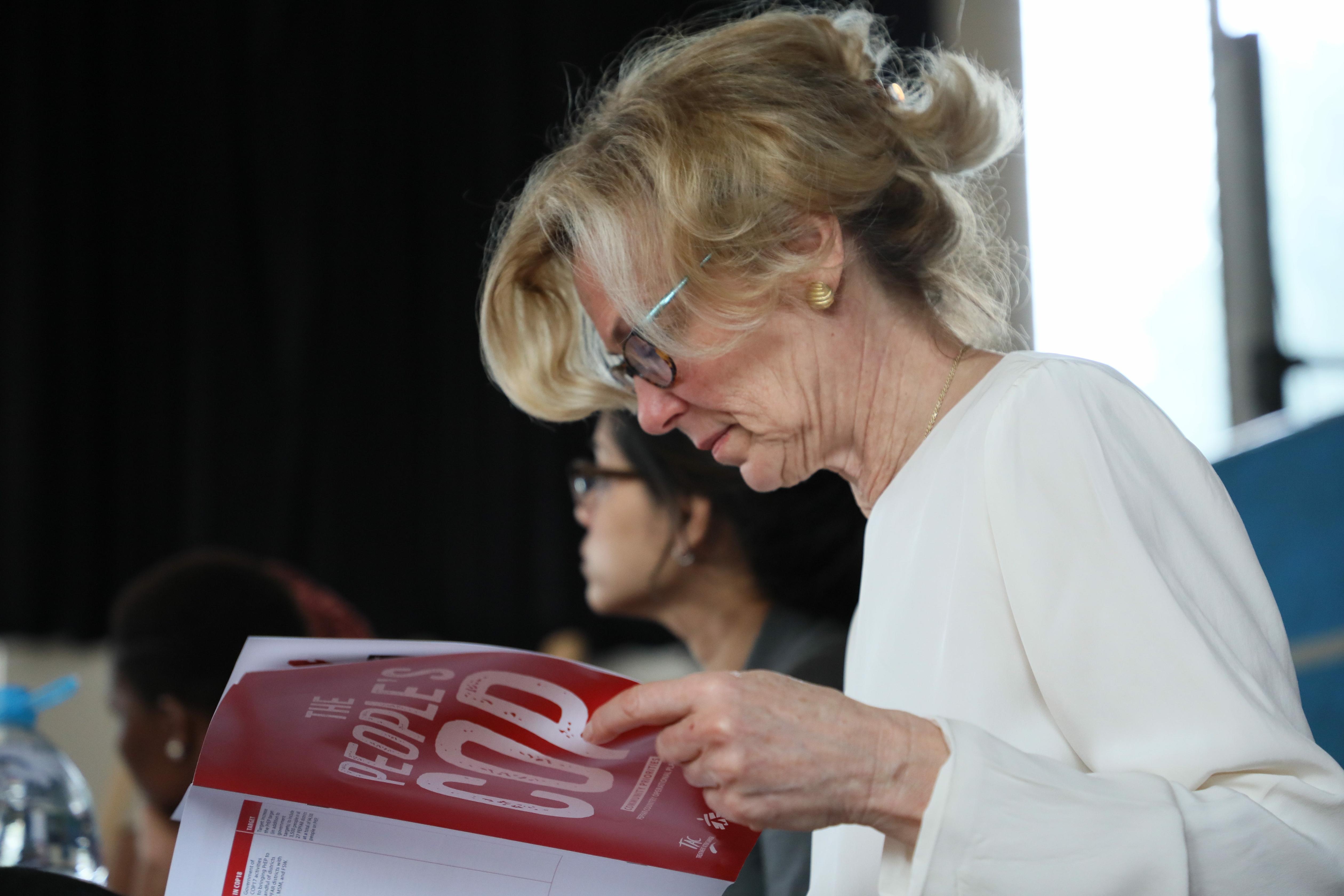 Here is a first look at just a few examples of what society activism helped secure during the PEPFAR Regional Planning meetings:

For several years now, since activists won the opening of what used to be closed U.S. government-only processes, civil society leaders have been able to access PEPFAR’s planning processes—though accountability through meaningful engagement has often required work and pressure. This year, however, was different. In past years many of the initial decisions were made during a series of in-country and Washington, D.C.-based meetings that did not include communities and civil society—which made it far more difficult later—when communities were engaged—to make meaningful change. We pushed hard, and this year PEPFAR “flipped” the process so that civil society was engaged from the start at these new regional planning meetings, that replaced the closed, Washington, D.C.-based meetings. 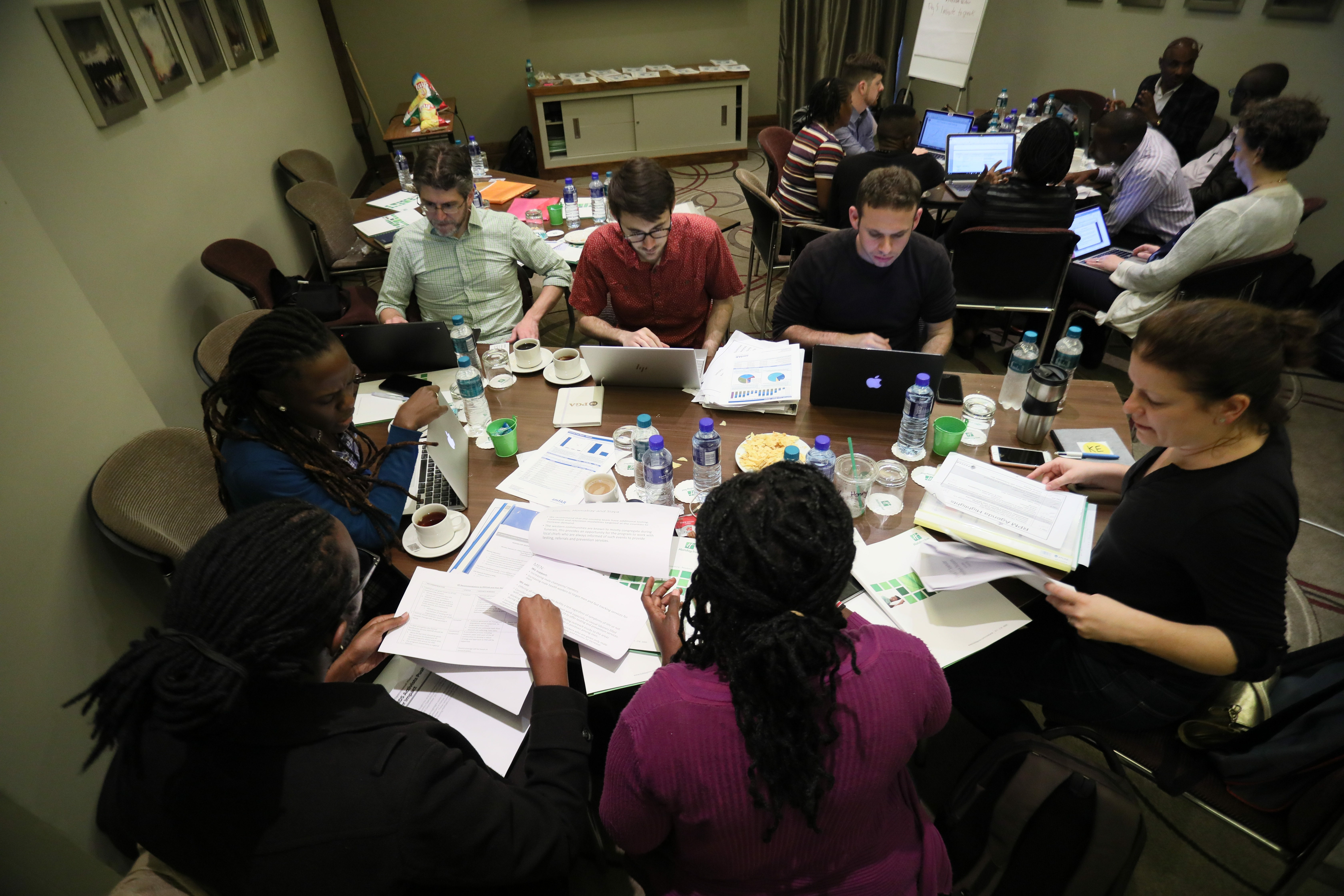 Health GAP joined our partners from around the world in the fast-growing “PEPFAR Watch” Network to prepare for this opportunity—working alongside communities, PLHIV groups, key population networks, and activists to shape priorities from the grassroots up and translate them into specific, actionable demands for how PEPFAR should prioritize its funding. This year we tried out a whole set of new approaches to build our collective capacity to advocate in this space—from webinars and online brainstorms to a civil society-representative prep-session and virtual deep-dives on PEPFAR data in advance of the Johannesburg meetings.

We explored new tactics to win change. In South Africa, we partnered with the Treatment Action Campaign (TAC), SECTION 27, Médecins Sans Frontières, and the Positive Women’s Network to launch the “People’s COP” for South Africa in a high-profile event. Attended by PLHIV from across the province alongside U.S. Global AIDS Coordinator Ambassador Deborah Birx and the leadership of each of the U.S. agencies involved in PEPFAR in South Africa, the event pushed the voices of grassroots people living with HIV, young women, and community health workers into PEPFAR discussions that too often focuses on numbers and targets instead of people and lives. Ambassador Birx later commented, “The People’s COP is fantastic—it’s a clear best practice. It makes specific recommendations that we can really act on. I’ve asked the team to go point by point and be clear on what we are going to do on each point. We wish all countries had this.” 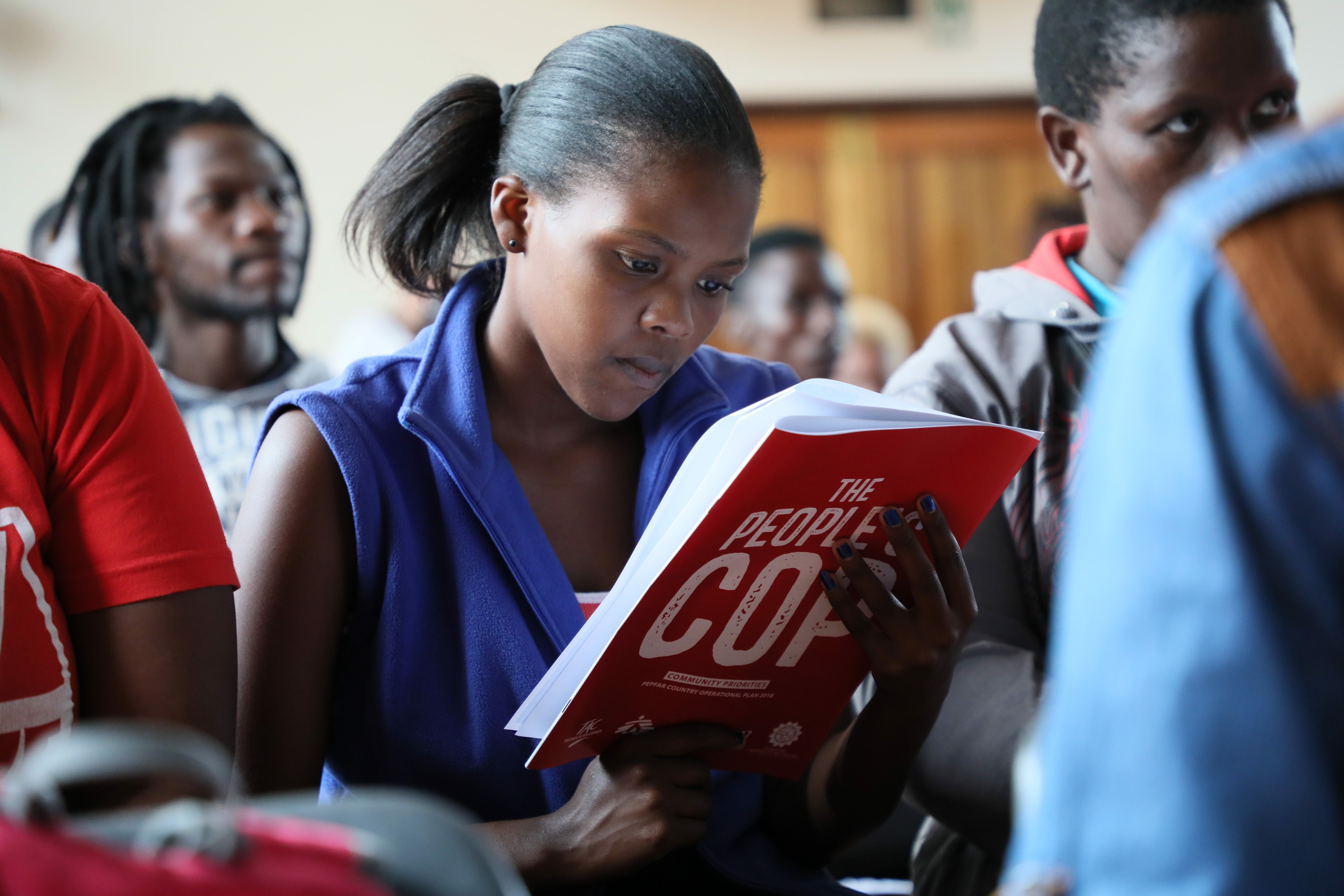 With our partners in the new COMPASS Africa project, supporting South-North advocacy in Malawi, Zimbabwe, and Tanzania, we began building data-driven civil society demands that got specific about programming by geography and population. In Zimbabwe, for example, the advocacy team assembled specific recommendations for each of the lowest performing PEPFAR districts, tailored to the factors community leaders identified as hindering progress, such as the lack of a cross-border HIV clinic and insufficient focus on the informal economy. 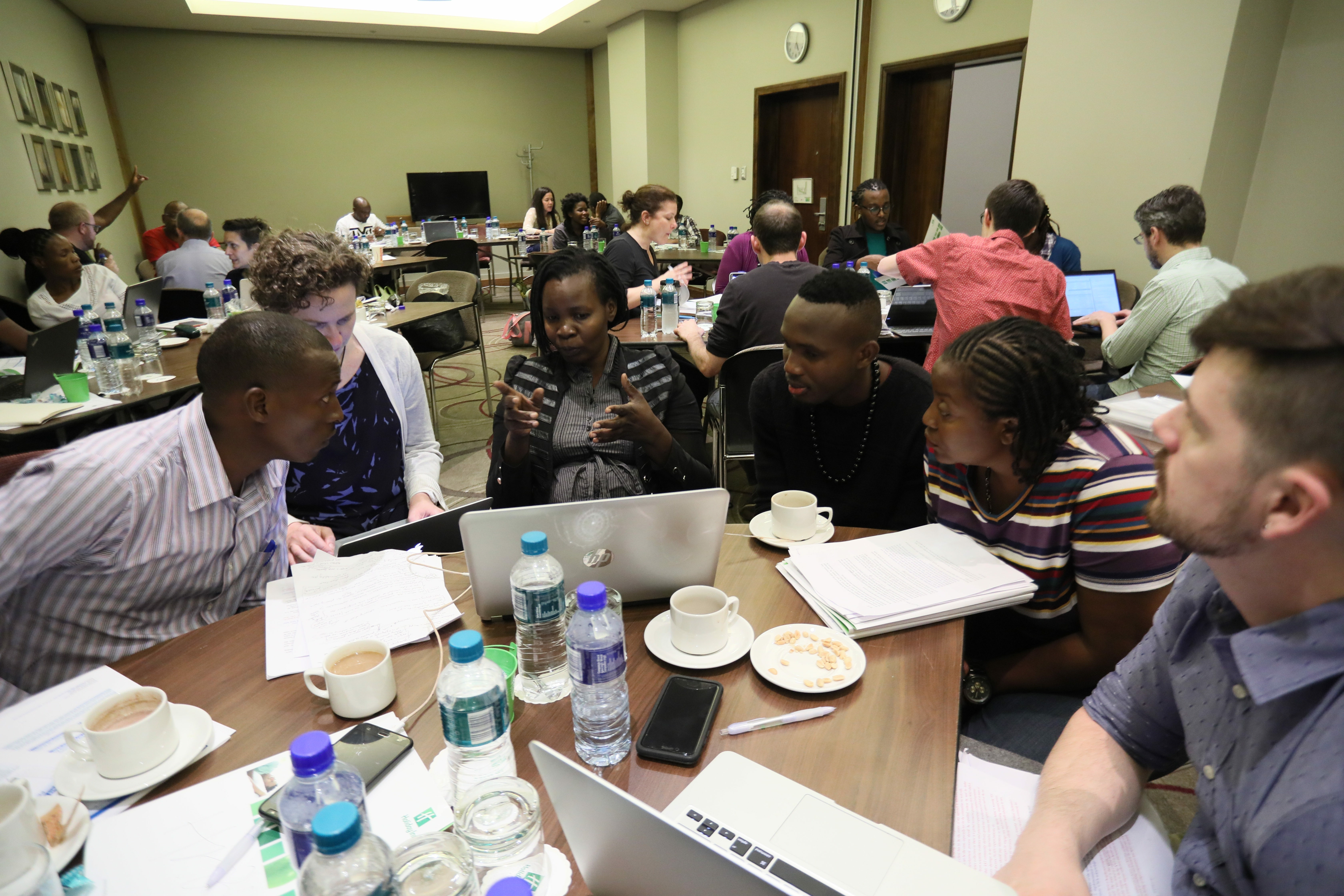 “The inputs from civil society have been phenomenal and incisive. They have resulted in changes in how we plan to program COP 2018 resources.” – USAID agency head.

PEPFAR Watch partners at both the national and global level are bringing innovation to advocacy. AmfAR’s PEPFAR database and fact-sheets for each country were critical in helping advocates prepare for the last two weeks, for example, as was a new paper from leaders at Johns Hopkins, amfAR, and the Global Forum on MSM and HIV (MSMGF) that identified size estimates for men who have sex with men based on Facebook data so advocates could challenge low MSM targets. At the AVAC Partners forum just prior to the PEPFAR meetings, briefings on key prevention issues prepared leaders to engage deeply on PEPFAR PrEP and voluntary medical male circumcision (VMMC) strategies.

While PEPFAR officials has spent months with their data and presentations, we were seeing them for the first time in real time, and were mustering incisive responses that called out areas of weakness or willful neglect to push for high-impact strategies. Activists became detectives, digging into the data and identifying gaps – and then boldly challenging PEPFAR, the Global Fund, and Ministry of Health officials to do more, do better and do it faster.

The work, however, is definitely not over this cycle. From here the process continues (check out our civil society “rough guide”) as PEPFAR teams begin writing the full COPs for each country based upon the strategies identified at the regional meetings. Watch-dogging the commitments made in the last two weeks and pushing for further commitments in areas not yet agreed to is going to be critical and there’s only a short time—just a few weeks—to do it.

So watch this space—we’ll share a compiled version of civil society priorities for each country shortly and invite all of the activists at global, regional, and country-level to engage in the coming weeks to push for more effective, accountable, impactful, and just PEPFAR programs. Meanwhile, in many of the countries where PEPFAR focuses fewer resources, COPs are only bi-annual, so monitoring and preparing for the two-year review will be critical.

We made important progress in Johannesburg that was only possible because of years of investment in building a network of activists who trust each other, work closely together throughout the year, and are committed to building our collective power to deliver bold results for people living with HIV—driven by accountability and evidence.

"Civil society is holding our feet to the fire. They are making us uncomfortable. That is good. We need to feel uncomfortable." – UNAIDS Country Official