We are inviting you to join the Student Global AIDS Campaign for five days of intensive grassroots action to show the U.S. government we will not stand by while they delay and deprioritize fighting for people living with HIV and AIDS.

We have made incredible progress over the last 30 years in the science, testing, treatment, and prevention of HIV for millions of people and it has brought us to the tipping point: we have the science to end all new HIV infections. After more than 37 million AIDS-related deaths, we can end AIDS as a pandemic by 2030. To disregard the pandemic now is not only dangerous, it is an affront to the world’s most marginalized populations.

Because HIV exists at the intersection of public health and social justice, we know that ending the epidemic also means breaking down the social and systemic barriers to health care and it’s our responsibility to confront biases within our society. Wherever systems of oppression exist—racism, classism, sexism, colonialism, ableism, and homophobia—HIV will be found. That’s why we’ve been talking to people all over the world who are working on immigrants rights, LGBTQIA+ rights, women’s rights, racial justice and more to find out what we can do to help.

Perhaps our greatest power is our access to elected officials in the wealthiest country in the world. As young people working towards a better world for all, we believe that the U.S. and other high-income countries have a moral responsibility to serve the needs of people living with HIV everywhere. The U.S. has been a leader in the response for the last 15 years, and we demand that instead of backing away, our government must continue to lead us to an AIDS-free generation.

As a co-sponsor, we want you to use your network (social media, email, in-person public spaces) to inspire as many people as possible to tell their Members of Congress: AIDS isn’t over. 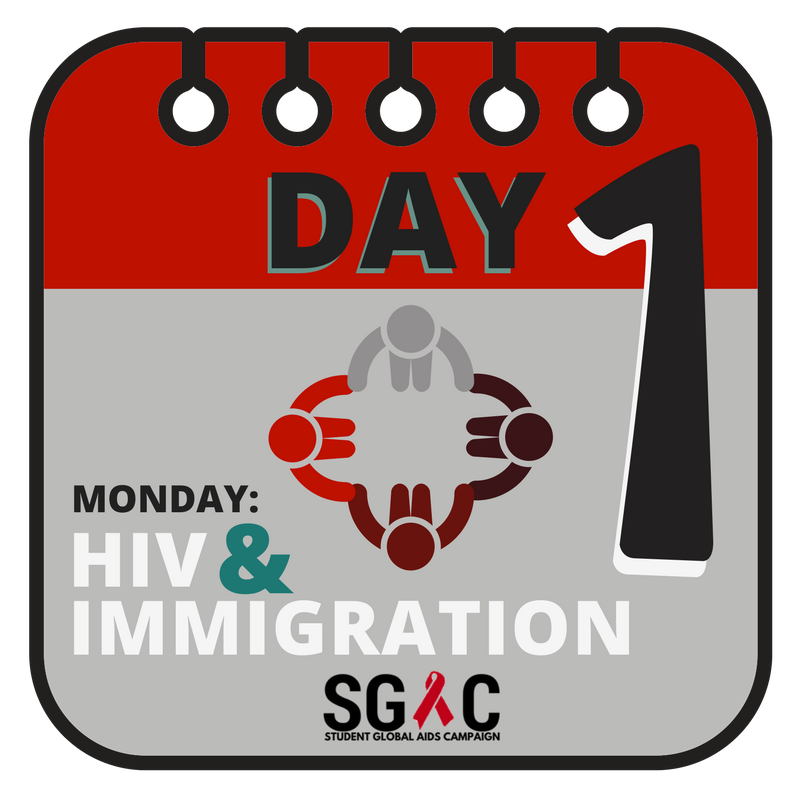 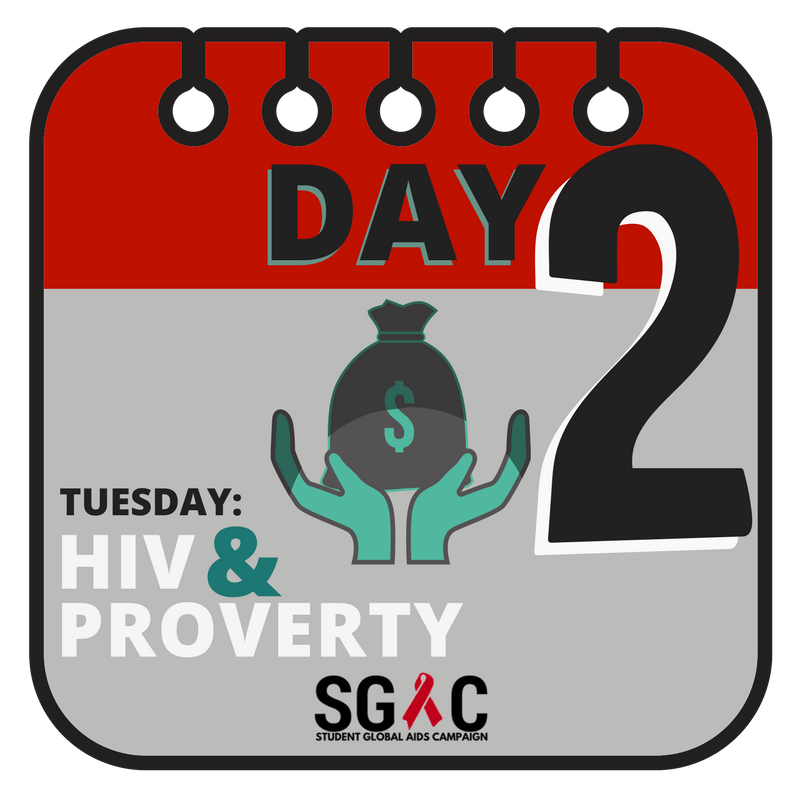 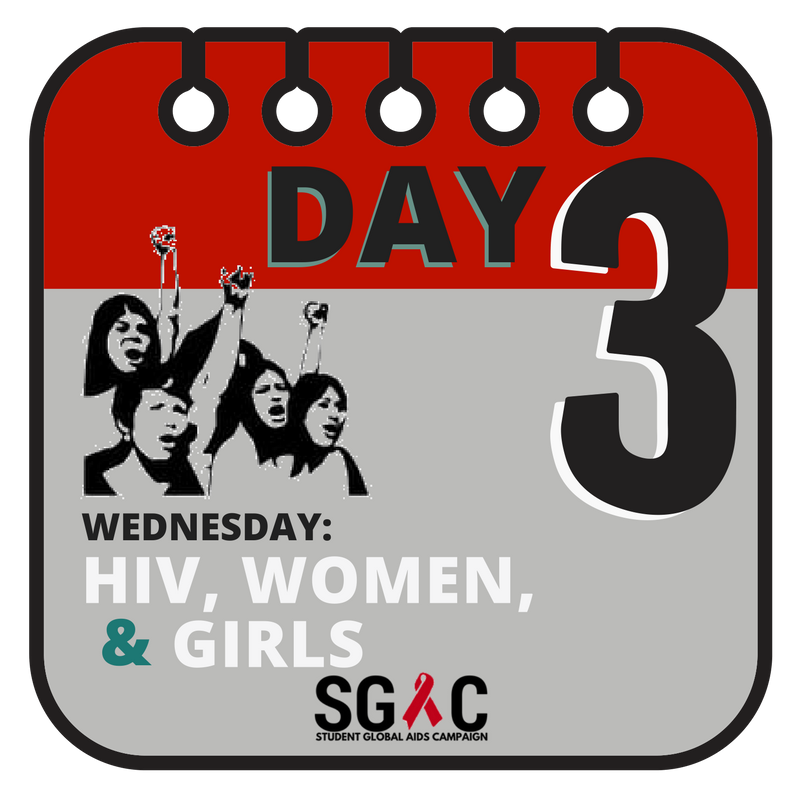 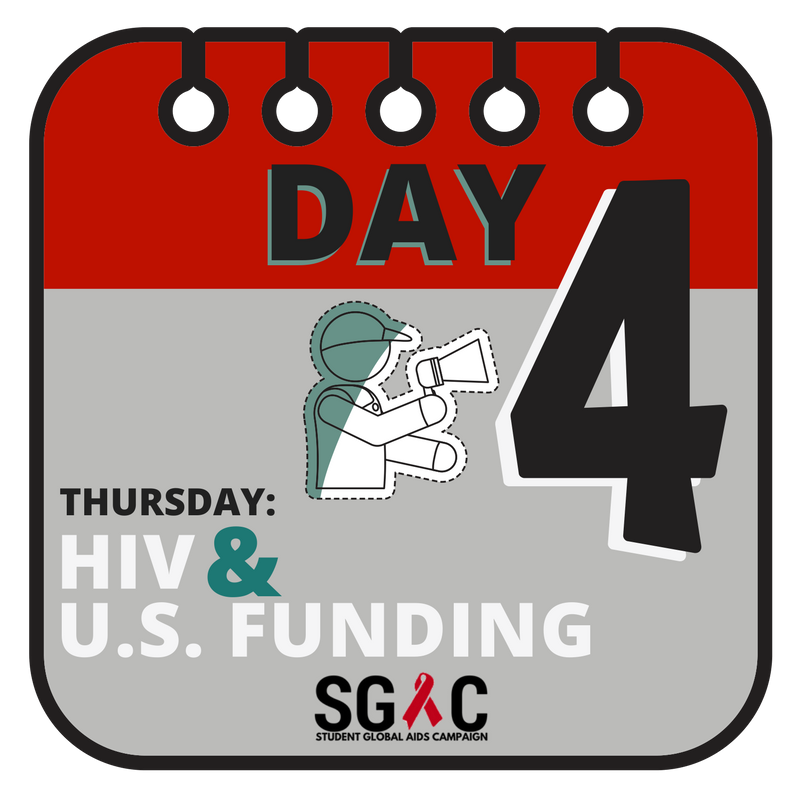 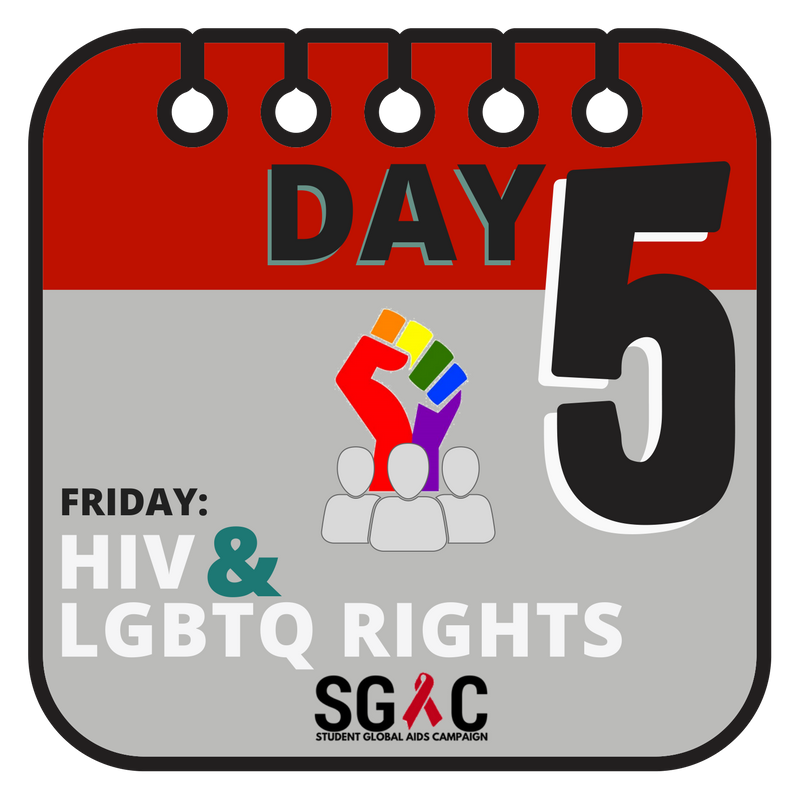 People migrate to and from countries for economic, social, political, environmental reasons and more. Immigrants are often isolated and stigmatized when they’re healthy—now imagine what it’s like for immigrants living with HIV. Health care is less accessible, health care providers may not speak the same language, and some immigrants are at risk of being deported back to a country where they will not be able to access medicines.

Some countries still have laws that prevent people with HIV from traveling and immigrating. The U.S. did not allow people living with HIV to enter the United States until 2010, when President Obama lifted the stigmatizing policy. Individual U.S. states still have HIV criminalization laws, that require people living with HIV to disclose their status to a partner before having intercourse. Currently, 72 countries allow for HIV-specific criminalization. These policies are not science-based, and they fuel stigma while discouraging people from knowing their HIV status.

No one should have to choose between seeing a doctor, eating, and accessing life-saving medicine. For people living with HIV, it is critical to have proper nutrition, housing, and economic opportunity. Everyone, no matter where they are in the world, deserves equal access to medicines regardless of their ability to pay. When there are more economic opportunities available and people are able to increase their wealth HIV is less prevalent, health systems are stronger, more educational opportunities are available, and more stability leads to a happier and healthier life.

Wednesday 4/11: HIV and the Rights of Women and Girls

We know that women and girls between ages 15 and 24 are twice as likely as their male counterparts to become HIV+. When girls have access to comprehensive, respectful, rights-based health services, they are less likely to contract HIV because they are informed and have a medical professional to confide in and trust. But the health of women and girls is not only impacted by their access to medical care. Access to education (including sex ed), economic opportunity, housing, and bodily autonomy all help women prevent HIV.

April 11 is International Day of Maternal Health and Rights. Every year, Around 303,000 women die from preventable complications of pregnancy and childbirth. For example, In Uganda, unsafe abortion is the leading cause of preventable maternal death, which kills 16 women each day in the country. If women choose (or don’t choose) to have children, they deserve safe and respectful care.

We have two years left to achieve the global benchmark of 30 million people on treatment by 2020—a goal we must meet in order to meet to achieve the end of AIDS as an epidemic.

While we are on the brink of this exciting goal, President Trump has proposed funding cuts to the U.S. global HIV response for two years in a row. This year, he proposes a lethal $1.3 billion in cuts, that would result in hundreds of thousands of unnecessary deaths. The U.S. has been a leader in funding the global AIDS response since 2003, and must maintain its leadership while encouraging other high-income countries to increase funding. U.S. funding is often some of the only funding that can go to high risk populations: trans women, men who have sex with men, people who inject drugs, and prisoners. When the U.S. cuts funding from people with HIV, we cut services from the people most at risk and who need the most support.

To continue reducing new HIV infections and increasing the number of people accessing treatment, wealthy countries need to support countries in their efforts to help people living with HIV thrive.

People who identify as LGBTQIA+ routinely face discrimination in every country in the world. In some countries this discrimination might play out via health care, housing, or jobs. In other countries where being gay or transgender is considered a crime, it could mean torture, prison, or even death.

In addition to being an egregious violation of human rights, discrimination fuels the spread of HIV, particularly among men who have sex with men and trans women.

Compared to their counterparts, members of the LGBTQIA+ community...

These and other forms of discrimination make it more difficult for members of the LGBTQIA+ community to make safe and healthy decisions about their bodies, fueling the spread of HIV and other communicable diseases.