But after almost a week, it is the disturbing lack of urgency that was on display at the Amsterdam International AIDS Conference that felt like its defining feature. In fact, politicians and policy makers seem profoundly out of touch with the emergency unfolding in our communities--of rising mortality, rising incidence, and widening gaps in treatment and prevention coverage. The AIDS response is markedly off track, but too often what we heard in the conference rooms was either disregarded pleas for corrective action--or platitudes.

One remarkable thing about AIDS 2018 was the dizzying and uncharacteristic heat wave that descended on Amsterdam.

Since this was the first International AIDS Conference since the death of the AIDS warrior Prudence Mabele, so I choose to chalk up the breathtaking heat to the power and energy of her spirit, haunting us and driving us forward to confront a new AIDS complacency that is emerging.

Here are a few examples of the actions Health GAP took to try to shine a light on it, along with the harmful trends we were watching most closely during a whirlwind week of science, politics, and power: 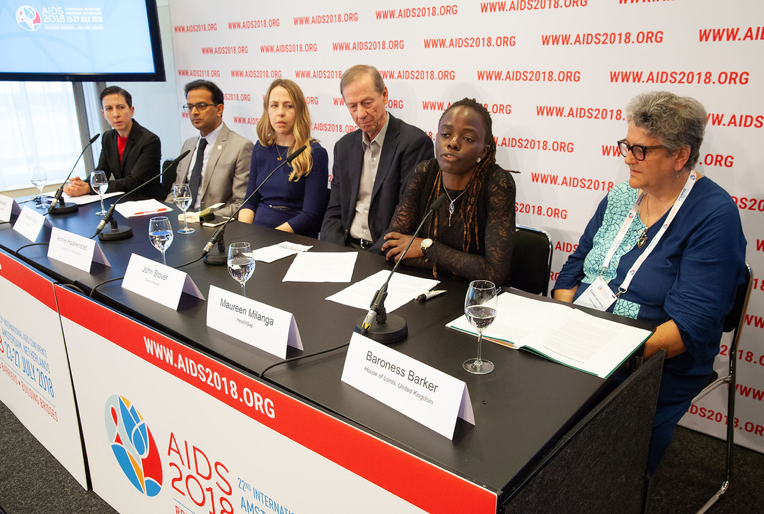 New AIDS mortality data, released by UNAIDS July 18, should have been a wake-up call to politicians and the global community. Mortality reductions are stalling, while 13 out of 16 donors have cut funding over the last three years. The biggest donor, the US, has flat-lined its funding for the last 7 years.

Health GAP’s Maureen Milanga participated in a press conference on the future of AIDS funding with scientists, researchers, politicians and policy experts. She made sure she wasn’t the sole activist voice on the panel—her call to action was echoed from the floor by leaders Chamunorwa Mashoko (Zimbabwe), John Kashiha (Tanzania), and Eric Mcheka (Malawi) who described the deadly program prevention and treatment gaps their communities are facing, alongside their demands for corrective action. 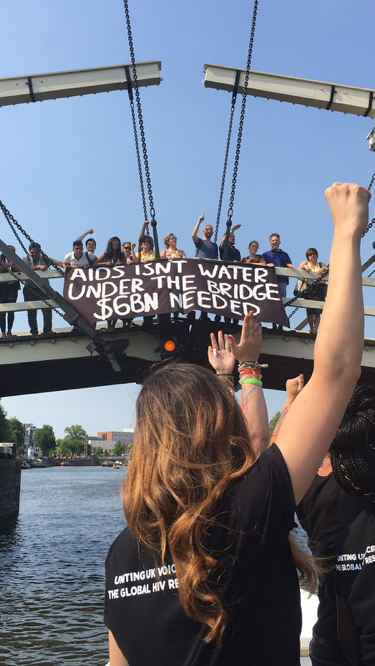 Meanwhile, outside the conference halls, Health GAP and STOPAIDS organized young activists from the US and the UK to take to the canals of Amsterdam and highlight demands of their governments, the top two funders of the global AIDS response. Activists called on their countries to bridge the $6 billion funding gap in order to adequately address the AIDS crisis.

Widespread Introduction of dolutegravir for use in first-line HIV treatment regimens is urgently needed in order to ensure access to superior drug combinations that have higher barriers to resistance than NNRTI-based combinations and fewer side effects.

A recent safety warning was released by WHO, the FDA and EMA regarding a possible elevated risk of neural tube defects in the pregnancies of women who take dolutegravir during conception. (We won’t know whether or not dolutegravir causes neural tube defects until early 2019 at the earliest.) In response, several governments immediately announced that they would exclude all women of childbearing age from getting dolutegravir—without any consultation of HIV positive women or assessment of the trade offs between the benefit of improved clinical and prevention outcomes gained from dolutegravir versus a possibility of an increased risk of birth defects for the pregnancies of women who take dolutegravir during the window of time when they conceive. 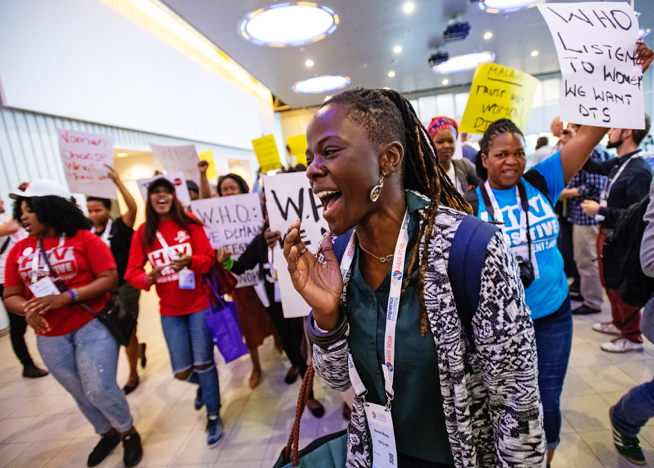 HIV positive women and allies from around the world took the stage during the launch by WHO of new treatment guidelines, to challenge this knee-jerk reaction. In particular, the concerning moves by governments of Uganda, Zimbabwe, Malawi and Kenya were directly challenged—echoing through the conference halls and from the stage. The impact? Globally, WHO has announced it is committed to working with countries to walk back from these poorly informed positions, and to address how countries could increase access to contraception among women who are at risk of pregnancy while taking dolutegravir. And at the country level, already the Director of the HIV Treatment Unit at the Ministry of Health in Malawi saw the protest and told activists from Malawi that it made her realize the government might need to change its decision to exclude all women from access to to dolutegravir.

The most exciting scientific data from AIDS 2018 also highlighted how off track the state of the global response is. For example, there was a sharp contrast between inspiring data showing community-based test and start programs can result in reductions in incidence and high rates of sustained viral load suppression and new reports about the deadly effects of countries pursuing harmful laws and policies that reject evidence, such as the roll out of the expanded Global Gag Rule, which is leading to cuts in funding for organizations that provide HIV services integrated with comprehensive reproductive health care services—precisely what the evidence says is most needed to reach and retain women and men with quality HIV treatment and prevention.

As we are fighting for scale up that ensures program quality and challenges harmful laws and policies, one ray of hope comes from Malawi, where we are working with partners to win full funding for their new U = U campaign. We used the AIDS 2018 conference to lobby the Global Fund’s Executive Director Peter Sands to find the money to support this cutting-edge effort; watch this space for more information in the coming weeks about exciting next steps...

The antidote to these alarming trends? Activist power—that is what will get the AIDS response on track. Exhibit A: the Treatment Action Campaign (TAC) celebrated its twenty year anniversary at AIDS 2018. Health GAP is honored to be an activist partner of TAC’s--we have been since the time of our founding. Powerful and well deserved tributes to TAC were a welcome antidote to platitudes and hollow promises so common during AIDS conferences. 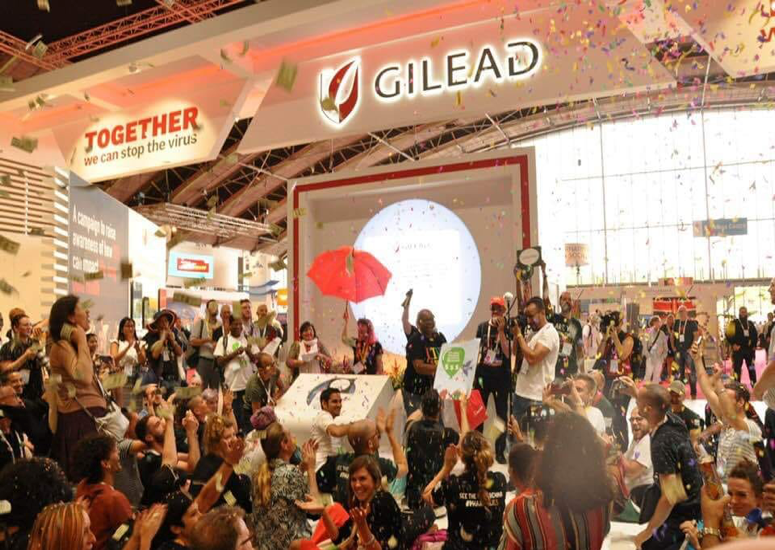 TAC’s daily exposure of deadly drug company greed during their “Bad Pharma Tours” in the AIDS 2018 exhibition hall helped ensure no one left Amsterdam without connecting the dots between a system that is based on drug company greed and deadly inequities in access to lifesaving medicines.

Amidst bad news, it is easy to feel at a loss for hope. But hopelessness is a luxury we cannot afford. In the coming months—and years—we will get this response on track, if together we fight back, demand action, and truly build our power.