Students from Columbia University's Student Global AIDS Campaign chapter have been trying to meet with Senator Schumer for months to discuss the looming, deadly, budget cuts called "sequestration". Even though he is their elected official, no one from his office would set up a meeting. So, they went down to his office, joined by ACT UP NY and QUEEROCRACY, to meet with him anyway. After chanting and picketing out in front, the group entered the lobby, holding up signs that said, "Senator Schumer, 37,000 people living with AIDS will die from budget cuts." The group negotiated to have 2 leaders, SGAC's Mel Meder and Health GAP's Michael Tikili wait in the lobby, while the rest of the group returned to the streets, telling passersby about the effects of the budget cuts.

When security called up to his office - lo and behold! - one of his leading staff members came downstairs to hear them out. The staffer even took a sign to show Senator Schumer. She told the group how Sen. Schumer supports the "cause" and was "fighting for us". Mel asked him for a "Dear Colleague" letter to support global AIDS funding. We are watching and waiting @ChuckSchumer! Do the right thing. 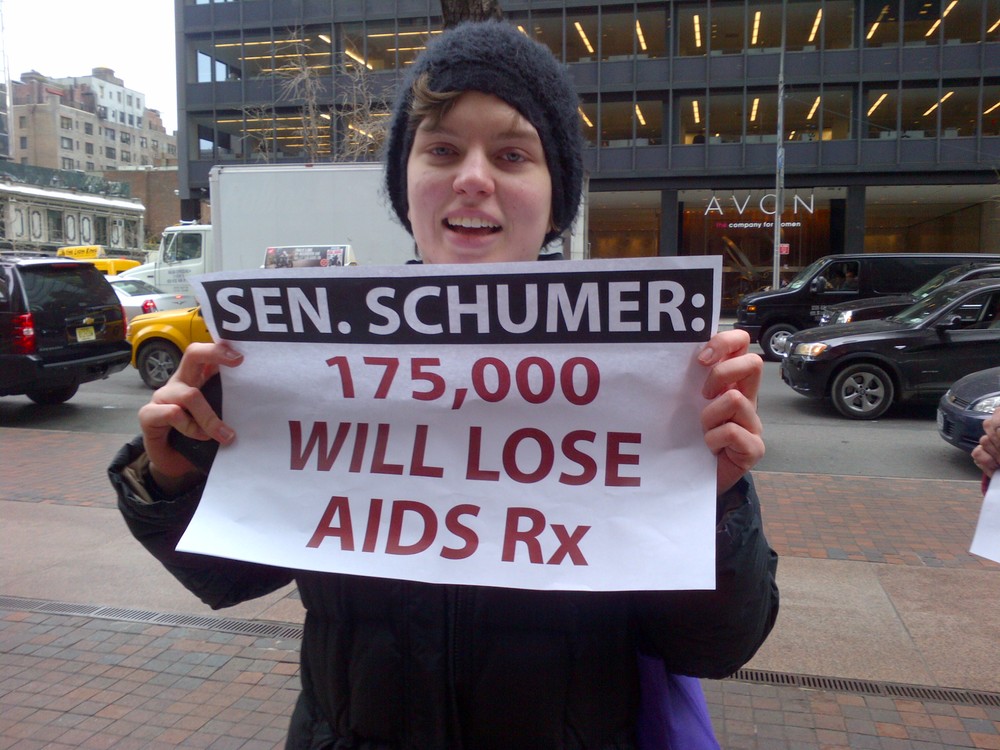