Both last week and this week, Health GAP staff and allies have been in Johannesburg, South Africa for the President's Emergency Plan for AIDS Relief (PEPFAR) Country Operational Plan (COP) Reviews. These two rounds of three-day intensive meetings with PEPFAR staff, representatives from country governments, civil society, UNAIDS, the Global Fund to Fight AIDS, Tuberculosis and Malaria, and the World Health Organization, will determine how billions of dollars in funding for HIV treatment and prevention will be spent between 2016 and 2017 in some of the highest burden countries and communities around the world. 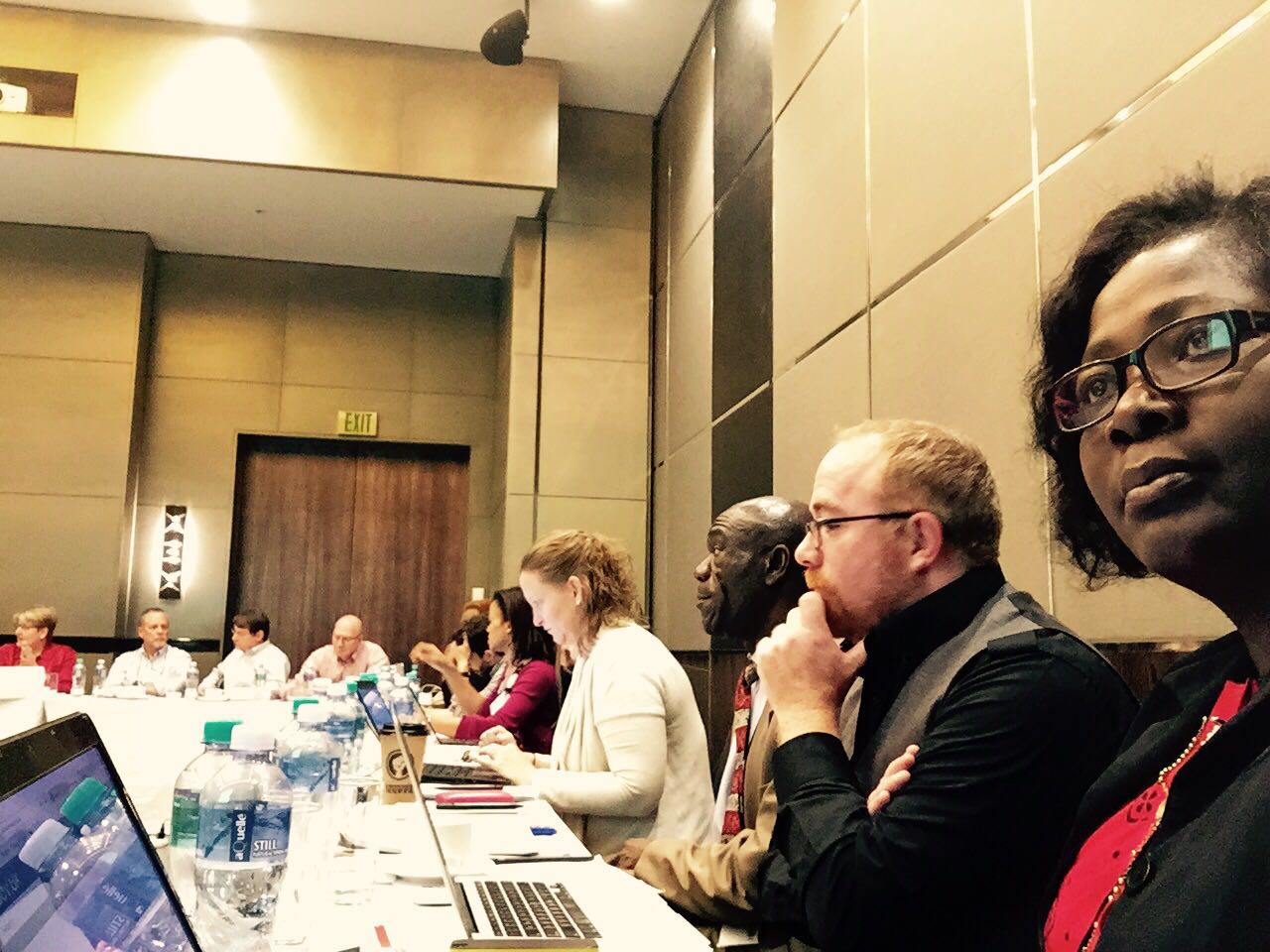 In the first round of reviews in Johannesburg last week, we were part of a team of powerful activists from Uganda, Malawi, Zambia, South Africa and the United States, working to ensure that PEPFAR dollars have real impact for communities. And in the months leading up to the COP reviews, we generated analysis of priority areas for change, pushed country-level PEPFAR teams to adopt our recommendations, and convened meetings to discuss country draft plans between key PEPFAR Headquarters staff in Washington, DC and activists in six countries. This process is intensive and we do it because it delivers impact.

Here’s just a glimpse of what Health GAP and our partners fought for and won together last week:

At the beginning of the second round of reviews, PEPFAR acknowledged the role civil society played in driving effective and ambitious programming. See Ambassador Deborah Birx' slides on how Zambia and Malawi's country plans changed after civil society intervention last week.  For a more detailed look at what changes civil society from Malawi, Zambia and Uganda helped win in their PEPFAR country plans, see here.

Over the past several years we’ve learned that civil society can win improvements in Country Operational Plans (COPs) before they are approved, with savvy advocacy that is grounded in analysis of epidemiological evidence. This has been possible, in part because new minimum standards for civil society engagement in PEPFAR decision-making processes have triggered substantially better access to country performance data, draft plans, strategies, budgets and targets. Prying open what had been a nontransparent process has created an unprecedented opportunity for civil society to hold PEPFAR accountable.  However there is significantly more to be done—for example, leading South African AIDS activist organizations were excluded from the COP review process this year, which must be corrected going forward.

As you read this post, we are still in Johannesburg participating in a second round of reviews. This week, we’re focused on Kenya and Zimbabwe’s COPs, working alongside country partners to ensure community priorities align with PEPFAR resource allocation, strategies and targets. Communities know best what the real barriers to ending the AIDS epidemic are. Our advocacy is keeping PEPFAR honest—holding them accountable to acting on the evidence, meeting unmet needs for people living with HIV and key populations, and delivering on their own policies and promises.